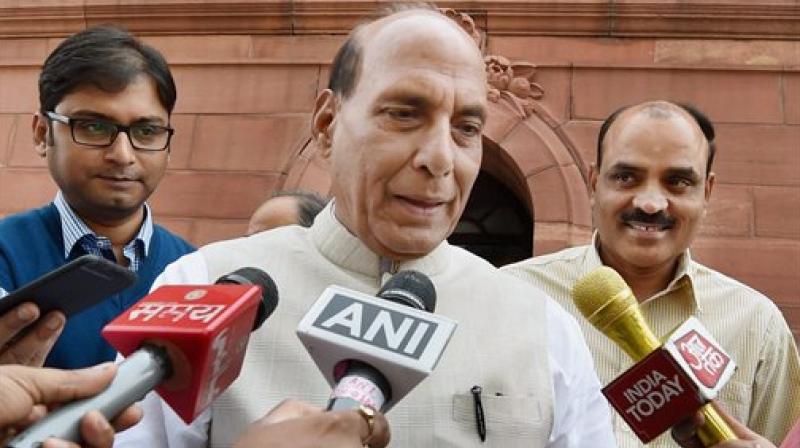 New Delhi: Union home Minister Rajnath Singh said Tuesday said that “unprecedented success’’ by security forces led to “uneasiness” among Naxal groups. This was one of the reasons behind the attack on CRPF personnel in Sukma last week in which 12 of them were killed, security officials also said.

Mr Rajnath in a statement in Lok Sabha Tuesday gave a detailed account on the success of security forces against Naxals over the last few months, particularly in Chhattisgarh.

Mr Singh said the improved efficacy of the security forces is evident from the fact that the number of Leftwing extremist killed increased by 150 per cent in 2016. Similarly, surrenders and arrests registered a combined increase of 47 per cent over 2015.

The security forces lost three to Maoists in 2016 as against 15 in 2015. In 2016 there were 67 per cent encounters and exchange of fire that resulted in neutralisation of LWE cadres as against only 36 per cent in 2015.

Mr Singh said sustained operations by the security forces ensured that South Bastar districts saw a considerable fall in violence in 2016 — 252 incidents, as against 326 in 2015.