The police have yet not been able to establish any connection of the Bhopal-Ujjain passenger train blast with the ISIS. 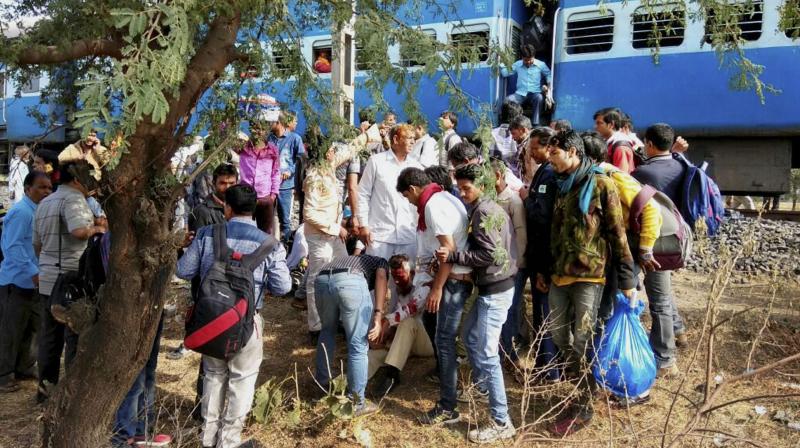 At least nine people were injured after the explosion took place in the train. (Photo: PTI)

Bhopal: The Bhopal Anti-Terror Squad (ATS) on Wednesday handed over the case diary and other related documents to the National Investigating Agency (NIA) in connection with the Bhopal-Ujjain train blast.

The police have not yet been able to establish any connection of the Bhopal-Ujjain passenger train blast with the ISIS.

"No connections have yet been established with the ISIS," Bhopal IG (Law and Order) Makrand Devaskar said.

Earlier, Daljeet Chaudhary, the UP Additional Director General (ADG) of Police also had said that they had no evidence of any ISIS link, regarding the Lucknow terror stand-off. Security forces had gunned down a terrorist in an operation that lasted for nearly 10 hours in the thickly-populated Thakurganj area of Lucknow.

Devaskar also said they cannot establish a link between the two incidents as far as the current probe is concerned, however, two of the accused of the train blast were residents of Uttar Pradesh.

At least nine people were injured after the explosion took place in the train on Tuesday. The police arrested the three terrorists named mastermind Atif Muzaffar and Md. Danish - both residents of Kanpur, UP - and Syed Meer Hussain.