He requested all the newly-elected MLAs to also keep their personal invitations to bare minimum. 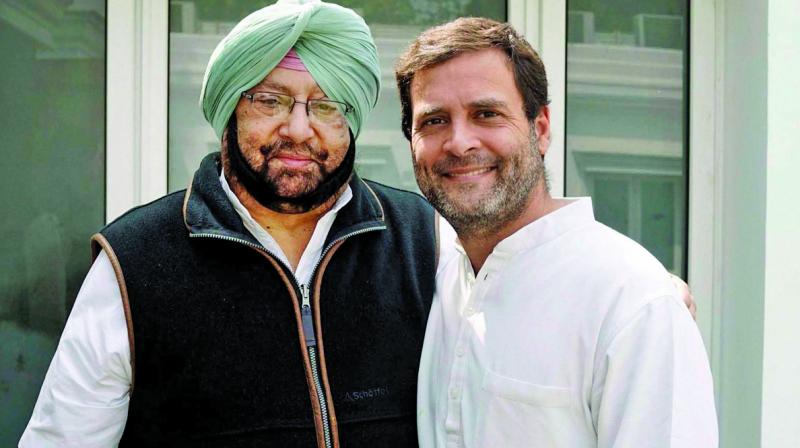 Chandigarh: Keeping in view the financial constraints facing the state, chief minister-designate Captain Amarinder Singh has decided to go for a simple and low-key swearing-in ceremony. There will be nothing ostentatious about the oath-taking programme at the Raj Bhavan on Thursday morning, when Punjab governor V. P. Singh Badnore will administer the oath of office to Captain Amarinder Singh as the new chief minister of the state. CLP leader and Punjab Pradesh Congress Committee (PPCC) president Captain Amarinder will be sworn in, along with a few members of his cabinet, to pave the way for a new government.

Captain Amarinder has made it clear that in the light of the state’s fiscal situation he did not want any unnecessary or wasteful expenditure to be incurred on the swearing-in ceremony. His government, said Captain Amarinder, was committed to getting the state out of the financial doldrums into which it had been plunged by the previous dispensation. Each small step will count towards ensuring that every possible rupee is saved at this critical juncture, he added.

He requested all the newly-elected MLAs to also keep their personal invitations to bare minimum. He further urged them to ensure that their supporters also show similar restraint, and not clog the roads of Chandigarh and cause hardship to the people of the city.