The leaders were flying down to Manipur to attend the swearing-in ceremony of N Biren Singh as Manipur CM. 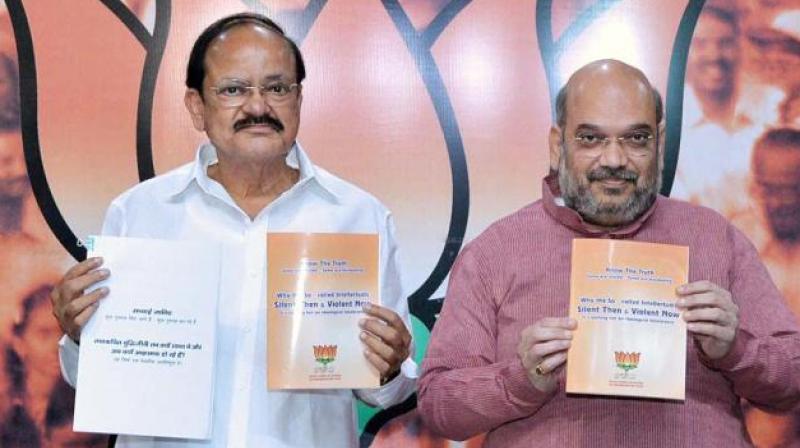 The leaders were flying down to Manipur to attend the swearing-in ceremony of N Biren Singh as Manipur CM.

Naidu along with Shah and BJP leader Ram Lal had left for Imphal at 9:39 am from the Indira Gandhi International Airport. The special chartered aircraft was carrying three more passengers besides the BJP leaders.

After taking off, the 'Falcon 200' business jet of AR Airways developed some problem in its engine prompting the pilot to return to the airport here at 10:17 am, airport sources said.

Singh is scheduled to take oath as the new Chief Minister of Manipur on Wednesday.

Governor Najma Heptulla had invited Singh on Tuesday, who was unanimously elected the leader of the 21-member BJP legislature party on the same day, to form the government.

The invitation to Singh came after four members of the Naga People's Front, an NDA ally, met the Governor and declared their support to BJP for government formation.