Kejriwal has also invited Prime Minister Narendra Modi to his swearing-in ceremony on Sunday at the Ramlila Maidan. 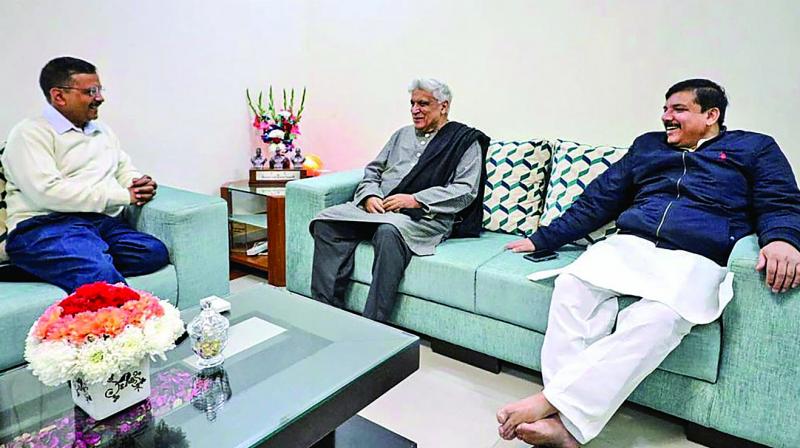 New Delhi: After its landslide victory in the Delhi Assembly polls, the Aam Aadmi Party has decided to contest elections to local bodies across the country as part of an ambitious plan to expand its footprint beyond the national capital.

Senior AAP leader Gopal Rai said the party has called a meeting of its national executive on Sunday to deliberate on expanding the party by projecting its “positive nationalism”. The meeting, to be held after AAP chief Arvind Kejriwal and his Cabinet takes the oath in the morning, will decide the future course of action for the party.

Mr Kejriwal has also invited Prime Minister Narendra Modi to his swearing-in ceremony on Sunday at the Ramlila Maidan, where the former will take the oath as Delhi chief minister for the third time. It is,  however, not clear whether the Prime Minister will attend the swearing-in ceremony as he is due to travel to Varanasi, his parliamentary constituency, on Sunday to inaugurate over 30 projects.

After the oath-taking ceremony, the AAP is set to launch a  massive campaign to increase its volunteer base across the country. Mr Rai, a minister in the outgoing Kejriwal government, said people will be able to join the AAP’s “nation building campaign” by giving a missed call on the phone number 9871010101.

Mr Rai said: “We will fight local body elections in other states also. We will be focusing on a few states as well. The decision on the same will be taken on February 16. In future, we will also focus on the Lok Sabha elections.”

On the BJP’s attack on Mr Kejriwal for reciting the Hanuman Chalisa on a TV channel in the run-up to the Delhi Assembly polls, Mr Rai said for the saffron party, religion is a “political weapon”, but for the people of the country, religion is a belief. “The BJP does not respect the people of India ... and it sees every person as its votebank,” he added.