A year later, Pulwama sets off a fresh Cong-BJP clash

While paying tribute to the CRPF martyrs, Congress’ Rahul Gandhi raised questions on accountability for the attack. 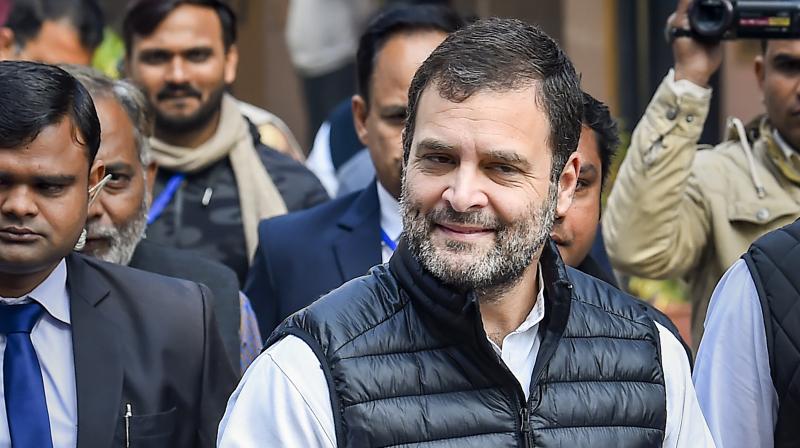 New Delhi: Exactly a year after the Pulwama terrorist attack, which may have possibly swung the election towards the BJP, a bitter war of words broke out between the ruling side and the Opposition as Congress leader Rahul Gandhi asked “who had benefited from the strike”, while the BJP accused him of being a “known sympathiser” of terror groups like the Lashkar-e-Tayyaba and Jaish-e-Mohammed. The ruling party claimed the “so-called Gandhi family can never think beyond benefits”, and that they were not just “materialistically corrupt, their souls are also corrupt”.

Earlier, paying homage to martyrs of the attack, Prime Minister Narendra Modi said the country will never forget the martyrdom of the security personnel killed in last year’s attack and said the slain securitymen were “exceptional individuals” who devoted their lives to serving and protecting the nation.

Last year, on February 14, a convoy of vehicles carrying security personnel on the Jammu-Srinagar national highway was attacked by a vehicle-borne suicide bomber at Lethpora in Pulwama district of Jammu and Kashmir, in which 40 CRPF personnel were killed.

While paying tribute to the CRPF martyrs, Congress’ Rahul Gandhi raised questions on accountability for the attack. “Today, as we remember our 40 CRPF martyrs in the #PulwamaAttack, let us ask: 1. Who benefited the most from the attack? 2. What is the outcome of the inquiry into the attack? 3. Who in the BJP Govt has yet been held accountable for the security lapses that allowed the attack?” he tweeted. The BJP was quick to hit back at the Congress leader for his “dastardly comment”, saying he was insulting the memory of the CRPF personnel, and sought an apology from him and his party.

Taking on the Congress leader for his remarks, BJP MP Meenakshi Lekhi said: “Sad people with this mindset still find relevance in Indian politics. It’s because of such an ethos that politician are called vultures. You lost two members from your family at the hands of terrorists, who benefited from deaths of Mrs Indira Gandhi and Mr Rajiv Gandhi?”

Another BJP MP, G.V.L. Narasimha Rao said that when the nation was paying homage to martyrs of the dastardly Pulwama attack, Mr Gandhi, “a known sympathiser of LeT and JeM”, attacks not just the government but the security forces as well, and the Congress leader “will never question real culprit, Pakistan”.

CPI(M) general secretary Sitaram Yechury also paid his “heartfelt homage” to the martyrs of the “ghastly terror attack”, and wanted to know what had been done for the survivors and the families of those who had laid their lives down for the nation.

“Modi and the BJP directly asked for votes in the name of the martyrs of Pulwama. Where is the inquiry report one year on after the terror attack? Who has been held accountable for the loss of so many lives and the massive intelligence failure? #Pulwama,” Mr Yechury asked on Twitter.