Indian govt, in a statement slammed Pak over the terror attack carried about by JeM and demanded to stop supporting terrorists. 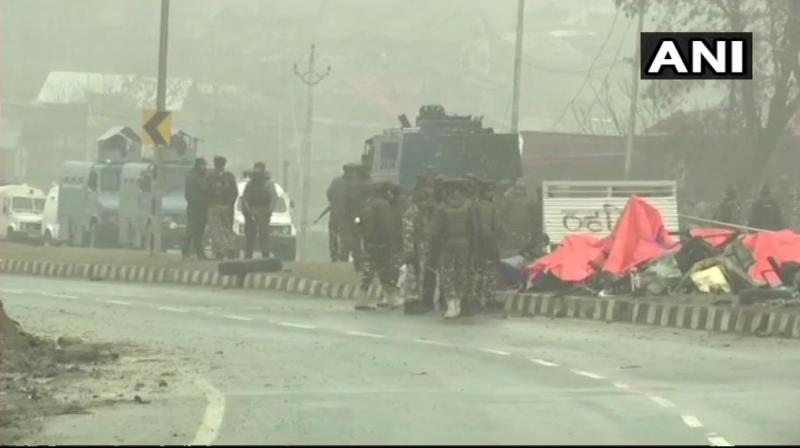 New Delhi/Islamabad: Pakistan on Thursday said the terrorist attack in south Kashmir's Pulwama district, in which 40 paramilitary personnel were killed, is "a matter of grave concern" and strongly rejected allegations of the country's link to the strike.

In one of the deadliest terror attacks in Jammu and Kashmir's three decades of terrorism, a suicide bomber from the Pakistan-based Jaish-e-Mohammed terror group rammed an explosives-laden vehicle into a CRPF bus in Pulwama district on Thursday, killing nearly 40 personnel and leaving many critically wounded.

Attack in Pulwama in Kashmir is "a matter of grave concern", the Pakistan government said in a statement.

Asserting that Pakistan has "always condemned acts of violence" anywhere in the world, it said, "We strongly reject any insinuation by elements in the Indian media and government that seek to link the attack to Pakistan without investigations."

The Indian government, in a strongly-worded statement slammed Pakistan over the terror attack carried about by Jaish-e-Mohammed and demanded that Islamabad stop supporting terrorists and dismantle terror infrastructure operating from its soil.

India also reiterated its appeal to all members of the international community to support the proposal to list terrorists, including JeM chief Masood Azhar, as a designated terrorist under the 1267 Sanctions Committee of the UN Security Council, and to ban terrorist organisations operating from territories controlled by Pakistan.

"The Indian government condemns in the strongest possible terms the cowardly terrorist attack on India's brave security forces in Pulwama," the Ministry of External Affairs said in a statement.

This heinous and despicable act has been perpetrated by Jaish-e-Mohammed, a Pakistan-based terrorist organisation proscribed by the United Nations and other countries, it said.

This terror group is led by the international terrorist Masood Azhar, who has been given full freedom by the Pakistani government to operate and expand his terror infrastructure in territories under Pakistan's control and to carry out attacks in India and elsewhere with impunity, the Foreign Ministry said.