India   All India  15 Feb 2018  The perils of going digital with an imperfect design
India, All India

The perils of going digital with an imperfect design

Digitisation is actively being looked upon as a solution to numerous challenges. 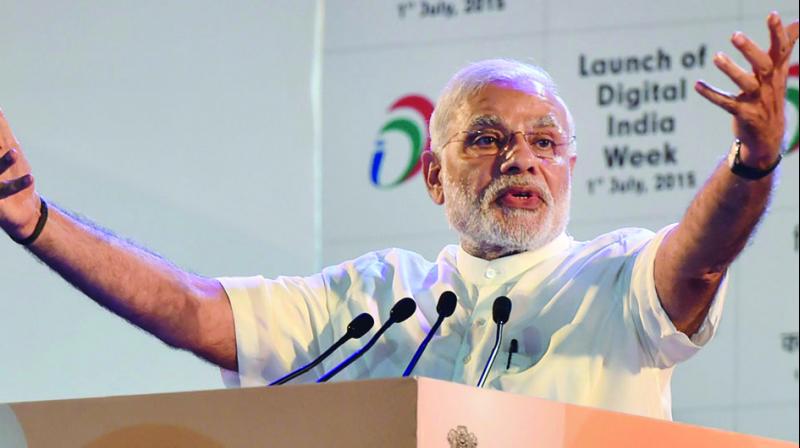 Design is not just what it looks like and feels like. Design is how it works.
— Steve Jobs

For the contemporary world, digitisation is like a superhero; helping and selfless. Not only does it help individuals but regions and countries as well. This is the reason there was much buzz on digitisation at the last WTO ministerial, G20, APEC, Brics and so on. While it enhances the accessibility of goods and services by connecting the two ends, it also contributes to reduction in costs of provisioning them. This is evident from sectors such as taxi services, shopping, communications, etc.

Thus, digitisation is actively being looked upon as a solution to numerous challenges. However, it is often forgotten that digitisation is merely a mode for delivery of solutions and not the solution itself. While digitisation of a process may help in enhancing the outreach, its design process must establish clear objectives and an inclusive and good planning. The Government of India (GoI) has also come up with numerous digital interventions as a part of its flagship Digital India initiative.

Governance is one such area of intervention; digitisation promises to reduce the gap between the government and citizens. Accordingly, the Central government had launched several governance programmes, one of them being the Digital India Land Record Modernisation Programme (DILRMP) that envisages a modern, transparent and comprehensive land record management in the country to forge a conclusive land-titling system.

According to information available, over 98 per cent of the land records in our country have been digitised, which encompasses majority land area under agriculture. However, the way the interests of farmers were catered to in DILRMP shows the lack of planning by the government for such programmes. Most of it may be attributed to imperfect design of such digital programmes.

The DILRMP could have given some respite to the farmers (especially in terms of procuring working capital loans) already struggling with rising cost of cultivation, low income and dodgy weather pattern. Farmers often mortgage their farms and hypothecate their crops to avail loans. Conventionally, it has been a long process, owing to validation and verification process for the ownership of land. This included procuring land records (jamabandi) and land maps (naksha) from patwaris in person. The signature of patwari on jamabandi validates the authenticity of the documents. The entire process takes more than a week to be completed; it takes double the time in case some errors are found.

An effective design of DILRMP could have resolved this challenge. A foolproof and trustworthy mechanism for establishing the ownership of agricultural land could have saved farmer’s time in visiting lard record offices and availing quick loans. Also, it would have saved time of formal lending institutions such as banks, MFI, NBFC, etc, in verifying the ownership claims, leaving only the credit worthiness of farmers to be ascertained. However, this is not the case.

The agricultural lard records available online are not free of errors; also these cannot be used for legal purposes (as the website itself claims). In short, the government assumes no responsibility for the land records, they have facilitated on their websites. In fact, the entire process has become even more cumbersome than before, thanks to the entry of another layer of authentication, the tehsildar.

In the new half-baked (digitised) land record management system, farmers have to download a copy of online jamabandi. Since nakshas have yet not been digitised, the farmer then has to approach the patwari. Since, patwaris are not connected to the digital land record management system, they use the old technique to validate the downloaded jamabandi, using their manual records, drawing naksha and providing it to farmers. After this, the farmers have to approach the tehsildar, as the final step of approval. This process makes a jamabandi, an acceptable document for financial institutions.

This clearly highlights the perils in design of the system. The system was designed so that the patwari, a critical part of the value chain, could be removed, but it didn’t happen. Since the process was only partially digitised, patwaris remained connected to the farmers but not to the digitised part of the process and are not entitled to update or manage the records online. For any updation, the farmer raises a request, the “outlier” patwari, authenticates it along with the tehsildar manually and it then goes to digital centre for entry or amendments.

A stakeholder interaction undertaken by CUTS International, in and around Chittorgarh, Rajasthan, revealed the adverse effect of DILRMP. Since digitised land records are not updated on real-time basis, financial institutions are reluctant in extending credit facilities on downloaded jamabandi. Reducing or eliminating the role of patwari was not carefully planned as a result of which patwaris still remain a critical part of the land management system, albeit not digitally. Further, there are a lot of clerical errors in the online records. All this has made the entire process painstakingly long for farmers.

This suggests that despite the best intentions of the government the initiative has added to the hassles for relevant stakeholders, especially the already distressed farmers. The issue here is not the digitisation, but poor design. Had the government adopted an inclusive approach while designing this e-Governance initiative, and implemented it in consultation with stakeholders associated, the results would have arguably been more effective.

Thus, it is imperative to understand the perils of imperfect planning, where resources are expended and little is achieved. While digitisation may enhance the looks and feel, it is the design functionality which ensures that the objectives are achieved. It is true that future is all about digitisation, but emphasis has to be laid out on “optimally designed digitisation”.

It, therefore, becomes important to remember the centuries old ethic of “a crown’s no cure for headache”, where digitisation is the crown and governance is a headache.

The authors work for CUTS International