Fraud started in 2011, we detected in Jan this year, says PNB chief

PNB chief Sunil Mehta said there were no solid proposals by Nirav Modi on repayment, ‘got vague proposals’. 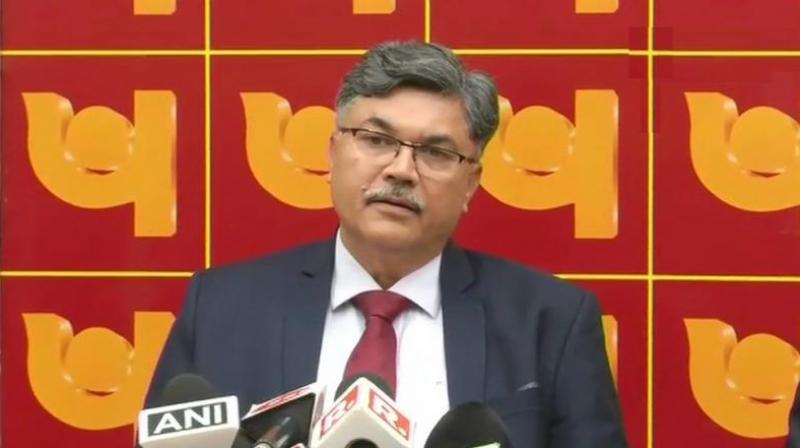 New Delhi: Punjab National Bank Managing Director Sunil Mehta was asked by media on Thursday on why it took so long for his bank to detect a fraud of such magnitude -- Rs 11,400 crores -- looted by jewellers, including billionaire Nirav Nodi, since 2011.

Mehta said the transactions were not entered into the system and that it was detected only in the third week of January. “If probe agencies say it is our fault, we will accept it,” he said.

Mehta also said the government was monitoring the situation and was fully supportive of its attempts to nab the culprits.

Mehta told the media the bank was confident and committed in resolving this. “We will honour all our bona fide commitments to bankers, clients etc,” Mehta said. “PNB has the capability and capacity to come out of this.”

The PNB chief also said there were no solid proposals by Nirav Modi on repayment of this amount. He said, “They have submitted some vague plans which are under consideration.”

Mehta said two employees in connivance with the borrowing companies undertook the fraudulent transactions. “We complained to the CBI on January 29 and CBI registered the case on January 31.”

Mehta added: “We detected the fraud on January 3. We will not spare anyone within the bank, whether junior or senior, and will take him to task for misconduct in this fraud. Hum kisi bhi galat kaam ko badhava nahi dengey,” Mehta said.

It is learnt Nirav Modi left the country on January 1.

Mehta said this was a “standalone incident” – a $1.8 billion fraud – and that “it has taken place in only one of our branches.”

He said: "PNB is a 123-year-old institution. We have gone through many ups and down but came out with flying colours. We have even faced the 1947 crisis. We want the media's help in spreading the work that the bank is doing all it can to stop these frauds. We were the first ones to detect and report these frauds which started in 2011. We are following our ‘clean banking agenda’.

"The bank has the capability and capacity to come out of the situation. We don't wish to speak much on the issue to not become a hurdle to investigations. We request you all to give us some breathing time and space. We will honour all our bonafide commitments.

"We do not encourage any wrong or fraud practices, we will take this up as a cancer cleansing process. We are committed to clean banking and we have told all our bankers informed of the issue. Out complaint has been lodged in the FIR, which is leading to raids on the culprits," says Sunil Mehta, Managing Director of PNB.

PNB, the second largest public sector bank in the country, filed a complaint with the Central Bureau of Investigation against Nirav Modi and companies linked to him for defrauding the bank in connivance with bank officials in a Mumbai branch.

It is alleged Modi and his associate companies fraudulently acquired PNB guarantees worth USD 1.7 billion that they later used to obtain overseas loans. The bank alleged Modi worked with some junior PNB officials to get the letters.