Rajasthan Health Minister Kalicharan Saraf says 'not a big issue' after picture of him publicly urinating in Jaipur goes viral. 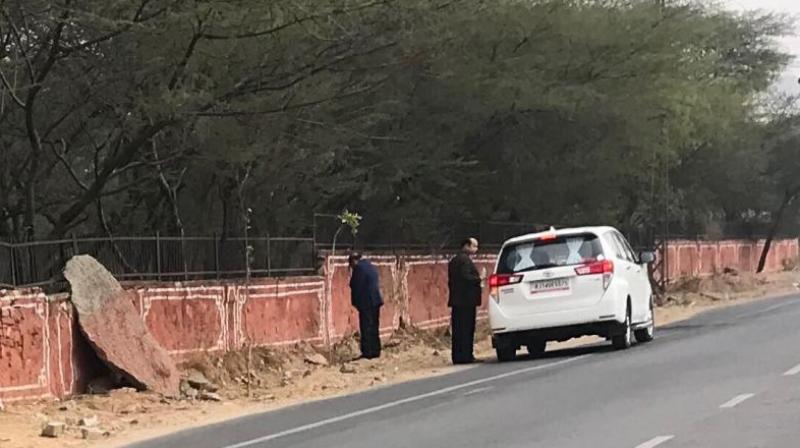 Jaipur: In another case of utter embarrassment for the BJP government, a picture of Rajasthan Health Minister Kalicharan Saraf urinating on the walls of the Pink City has gone viral. Saraf however shrugged it off, saying it was "not a big issue".

The picture of the minister urinating in open comes as the Jaipur Municipal Corporation (JMC) is toiling to bring the city to top lists under the Central government's Swachh Bharat Abhiyan.

According to rules, those urinating on roads are asked to pay a fine of Rs 200.

In June, 2017, a picture of Union minister Radha Mohan Singh urinating in the open, against the wall of a building as his security officers stood guard had gone viral. Netizens trolled the Union minister on social media and raised questions over the government’s Swachh Bharat Abhiyan.

Meanwhile, when the media reached the office of the Rajasthan Health Minister to seek his response, Saraf denied commenting, saying he doesn't want to talk on the topic as it is not a big issue.

Saraf’s act once again gave opportunity to opposition to lash out at BJP. Congress leader Raghu Sharma sought an apology from Saraf saying, "Government talks about Swachch Bharat Mission but health minister here in Rajasthan is caught urinating in public. Government should be ashamed and must publicly apologise."