Latest reports from Hajin said that massive protests have erupted in the area following the killing of the militant. 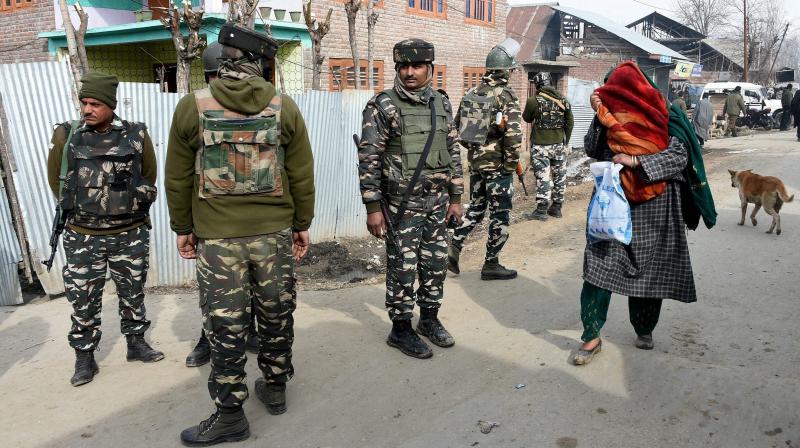 Srinagar: Four militants and three soldiers were killed in two encounters in J&K on Tuesday.  Three Army jawans and a militant were killed in Kashmir’s Bandipore district, while in a separate encounter in the frontier district of Kupwara later during the day, three militants and a Major were killed. A CRPF officer, four J&K policemen and a civilian were also injured.

The encounters come two days after four militants of LeT and Hizb, two soldiers and a civilian were killed in J&K’s Kulgam district.

Army sources said security forces laid siege in Bandipore’s Hajin at dawn on Tuesday following inputs about the presence of militants in a private house.  “The terrorists were challenged and asked to lay down their arms, but they responded by opening fire at the search party, triggering the encounter,” said a defence spokesman. He confirmed the death of three Army jawans and one militant, reportedly a top commander of LeT.

Police sources said that the lone militant holed up in the house hurled a grenade at security personnel causing deaths and injuries before he was shot dead.

Latest reports from Hajin said that massive protests have erupted in the area following the killing of the militant. The civilian injured during the encounter has been identified as Hilal Ahmed. Eight persons were injured in police action in Saderkot, Bandipore.