The post, 'Virgin Bride – Why Not?' was taken down later but Sarkar continued to defend his statement. 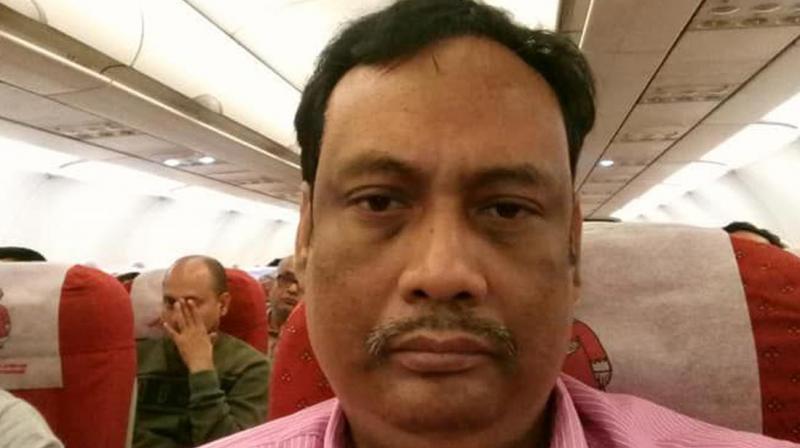 As per the University’ website, Sarkar specialised in political sociology, political thought, human rights and law, the Constitution and government, and ethnicity and terrorism. (Photo: Facebook)

Kolkata: A professor at West Bengal’s Jadavpur University has sparked outrage with his Facebook post in which he compared a woman’s virginity to a “sealed bottle” or “packet”.

Kanak Sarkar had written in the post that, "Virgin girl is like a sealed bottle or sealed packet. Are you willing to buy a broken seal while purchasing a bottle of cold drinks or a packet of biscuits... To most boys, a virgin wife is like an angel."

The post, “Virgin Bride – Why Not?” was taken down by him later but he continued to defend his statement citing that the Supreme Court gives “freedom of expression on social media”. 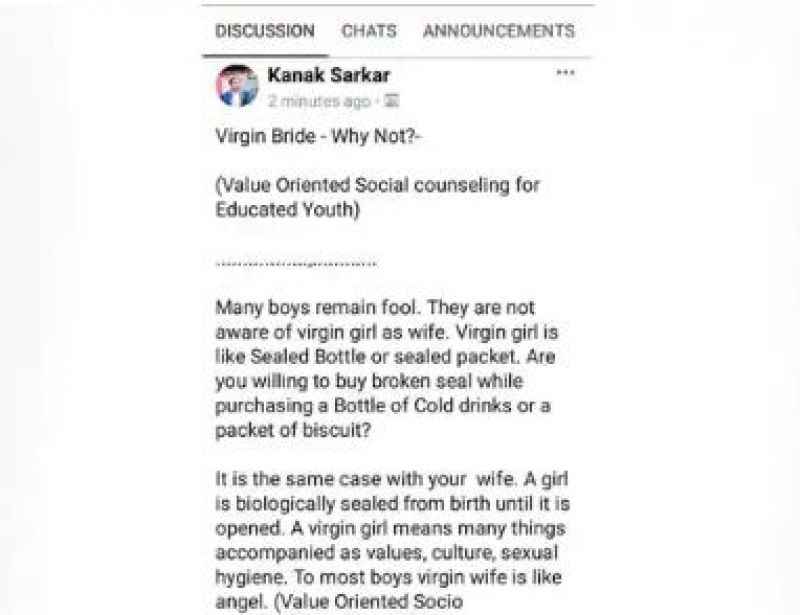 “I have not written anything against any person, individual or anybody without any evidence or proof or any reference. I am doing social research and writing for the good and well-being of society,” Sarkar said.

“Supreme Court has repealed Section 66A of Information Technology Act and given freedom of expression in social media,” Sarkar wrote in the second post on Facebook but was later deleted.

The National Commission for Women has asked the state police chief to probe the incident and take appropriate action.

Jadavpur University promised to take action as Sarkar’s post drew criticism online and the University Vice-Chancellor Suranjan Das said, “We will take all steps as per law".

As per the University’ website, Sarkar specialised in political sociology, political thought, human rights and law, the Constitution and government, and ethnicity and terrorism.