'In the retaliatory action, there were 7 fatal causalities to Pak troops and 4 others injured,' a senior Army official said. 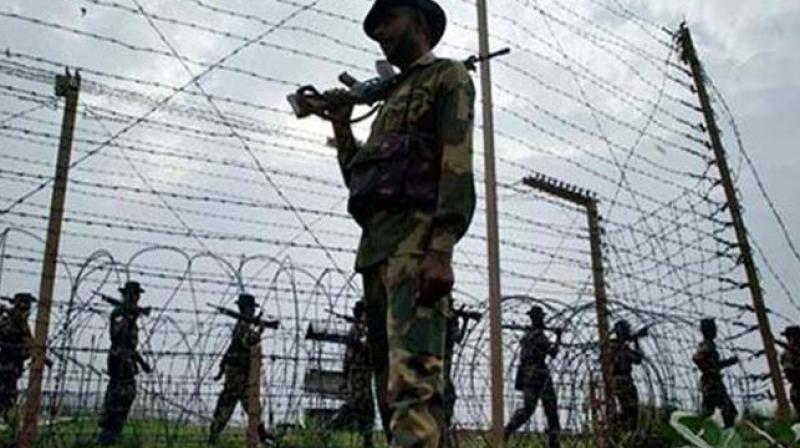 'Army has carried out retaliation against Pak troops across Jaglote area along the LoC in Mendhar sector of Poonch district', a senior Army officer said. (Photo: File/AP)

Jammu: The Indian Army, on Monday, carried out a "retaliatory action" against Pakistani troops, killing seven of their soldiers and injuring four others others along the Line of Control (LoC) in Jammu and Kashmir's Poonch district.

The action comes after an Indian solider was killed in Pakistani firing along the LoC in Jammu and Kashmir's Rajouri district on Saturday.

"Army has carried out retaliation against Pakistani troops across Jaglote area along the LoC in Mendhar sector of Poonch district", a senior Army officer told PTI.

"In the retaliatory action, there were seven fatal causalities to Pakistani troops and four others injured," he said.

The action at the LoC coincides with Army Chief General Bipin Rawat saying today his force will not let anti-India activities succeed at any cost in Jammu and Kashmir and warned of stronger reaction against Pakistan-supported terrorism.

Addressing Armymen on the occasion of Army Day, General Rawat also said that disputes along the Line of Actual Control in northern border (China) were continuing and transgressions were taking place and "We are working to stop them".

"Pakistan Army has been continuously trying to help terrorists sneak into India along LoC (Line of Control) in
J&K. We are using our might to teach them a lesson," he said.

"If we are forced, then we may resort to 'other action' by stepping up military offensive," he added.

The militants were killed in a joint operation by the Jammu and Kashmie Police, Army and the Central Armed Police Forces.