A coordinated campaign strategy, aptly backed by a spirited youth brigade, gives the Odisha CM a competitive advantage over the rivals. 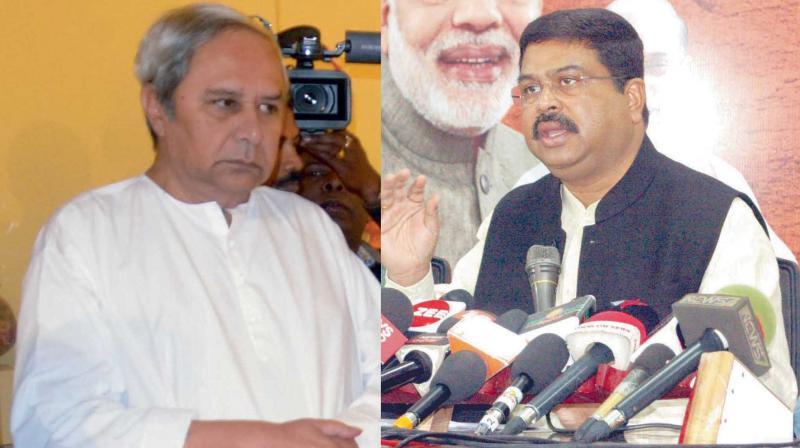 Bhubaneswar: Considered a blue-eyed boy during the BJP-BJD alliance from 1998 to 2009 in Odisha, Union minister and BJP chief ministerial face Dharmendra Pradhan has a tough task on hand to wrest power from the party’s former ally.

Not only does he need to single-handedly lead the party during the 2019 Assembly elections, but also has to contend with the moves of Naveen Patnaik’s  who is firing on all cylinders to win a fifth consecutive term as the chief minister in the state.

A coordinated campaign strategy, aptly backed by a spirited youth brigade, gives the Odisha CM a competitive advantage over the rivals.

Mr Pradhan target now is to get the 120-plus seats as decided by national president Amit Shah. Mr Pradhan turned the BJD’s bitter foe after he became Union minister in 2014. Departing from the traditional practice of successive Union ministers, who during their visit to Odisha, praised the Naveen Patnaik government to the sky, Mr Pradhan dared to take on the might of the state government when he found deficiencies in implementation of Union government programmes and projects.

His constant bashing of the ruling BJD government followed by his aggressive political activities, including ‘Mishran Parv’ or joining ceremony, has made it abundantly clear to the BJD that its leadership has now got a strong contender in the opposition.

The meteoric rise of Mr Pradhan, known for his proximity to Prime Minister Narendra Modi and Mr Shah, has led to structural changes in the state unit. Basanta Panda, a known supporter of Mr Pradhan, is now leading the BJP in Odisha as its president. The youth brigade and other all branches of the organisation are also led by his own people.

Jual Oram and Bijoy Mohapatra, the two other leaders who could have challenged his position as the party’s chief ministerial face for the 2019 polls, now appear to have reconciled to the reality.

With the strong backing of Mr Modi and Mr Shah, the Union petroleum minister has ensured higher allocations to the state under various Central and centrally-sponsored schemes and has successfully neutralised the BJD’s pet ‘Central neglect’ campaign that has benefited the party in successive Lok Sabha and Assembly elections since 1998.

The results of Mr Pradhan’s hard work to build the party paid dividends in the rural polls in February 2017 in which the party gave a close chase to the ruling BJD, leaving behind the Congress in the third spot.

Mr Pradhan was the only star campaigner, crisscrossing Odisha in a chopper and addressing nearly a dozen meetings daily. His seniors who earlier led the party as its president or held top ministerial positions in the BJD-BJP coalition government from 2000 to 2009, remained largely confined to their own Assembly constituencies.

He, as political analysts point out, will now face the litmus test as the reticent Odisha CM and BJD president Naveen Patnaik, has embarked upon a image overhaul, using various social media platforms. The BJD, as grapevine has it, has hired multiple public relations (PR) firms of national and international levels for brand building. Mr Patnaik, who has always been mocked at by the Opposition for reading his speech in broken Odia written in Roman scripts, has now started delivering his speeches with the help of a teleprompter, apparently to send a message to the people that he has graduated from a note-reading leader to a public speaker.

Despite Mr Pradhan’s efforts to negate the BJD’s ‘Central neglect’ campaign, the BJD has deliberately kept alive some issues such as Mahanadi water dispute  with Chhattisgarh government and Polavaram dam dispute with Andhra Pradesh government, to put the BJP on the backfoot.

The BJP, as political experts say fumbled on the Mahanadi water dispute and Polavaram issue, to address Odisha’s concerns as it does not want to annoy the present establishments in Chhattisgarh and Andhra Pradesh purely for political reasons.