AAP said sanitary pads will be provided to school going girls and will also be made available at affordable prices across Goa in toilets. 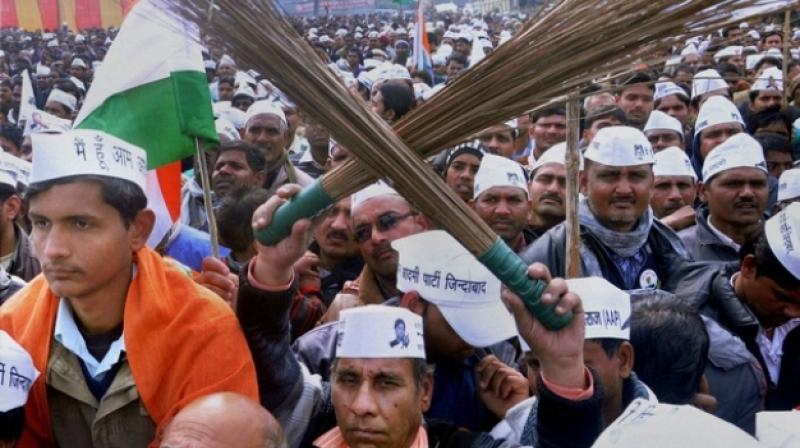 Aam Aadmi Party on Saturday released its manifesto for the Goa Assembly polls with the focus on issues related to women. (Photo: PTI/Representational)

Panaji: Aam Aadmi Party (AAP) on Saturday released its manifesto for the Goa Assembly polls with the focus on issues related to women.

"Women lifeguards, changing rooms and toilets will be ensured for women on the beaches," reads the manifesto released by AAP's chief ministerial candidate Elvis Gomes in Panaji.

Asserting "dignity for women", the party has said community justice centres will be set up to provide a safe, accessible and a dignified platform for counselling and free legal support.

AAP has also said that "sanitary pads will be provided to school going girls and will also be made available at affordable prices across Goa in toilets through automatic dispensing machines".

The party has further promised that five women police stations will come up across the coastal state.

AAP also said that they "will not allow forceful land conversions and Goa will be garbage-free in an year".

The party has also assured to provide houses for all.

"Speculative real estate will be discouraged and housing for all will be pursued specially for economically weaker sections. Renting will be made easy and due protection will be provided for both house owners and tenants," reads the manifesto.

The party has promised "to provide special status to the coastal state to preserve its identity, culture and land resources".

As per the manifesto, AAP said that they will provide 50,000 jobs in five years through entrepreneurship development and by supporting existing and new industries.

Voting for the Goa polls will take place on February 4.