The legislation has put the Northeast on the boil as people fear that it may exacerbate the problem of illegal immigration. 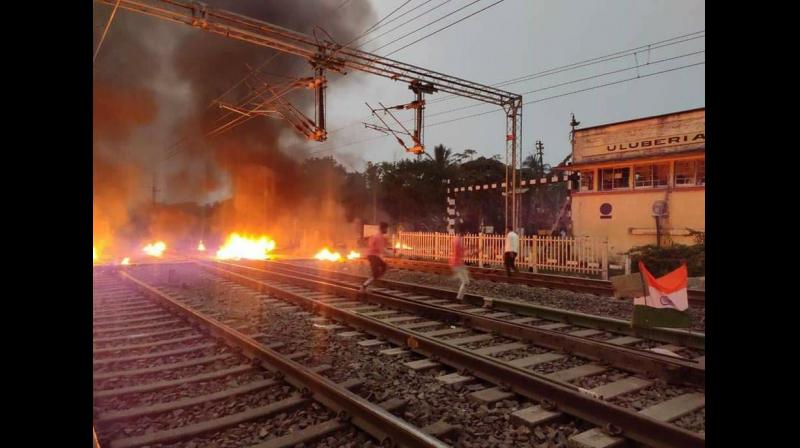 The legislation has put the Northeast on the boil as people fear that it may exacerbate the problem of illegal immigration. (Photo: Twitter)

Guwahati/Kolkata: Internet services across Assam will remain suspended till December 16 to prevent alleged misuse of social media in disturbing peace and to maintain law and order in the state, officials said on Saturday.

Suspension of internet services have been extended for another 48 hours keeping in view the prevailing law and order situation in the state, additional chief secretary (home and political department) Sanjay Krishna told PTI.

These services have been suspended as "social media platforms like Facebook, Whatsapp, Twitter and YouTube, etc are likely to be used for spreading of rumours and also for transmission of information like pictures, videos and texts that have the potential to inflame passions and does exacerbate the law and order situation".

Internet services were suspended on Wednesday initially for 24 hours in ten districts of the state, and then extended for another 48 hours across the state, scheduled to expire this afternoon.

As the Citizenship (Amendment) Bill was cleared by Parliament, violent protests broke out in the state with agitators engaging in pitched battles with the police, forcing the administration to impose curfew in several places.

The legislation has put the Northeast on the boil as people fear that it may exacerbate the problem of illegal immigration.

Portion of a railway station complex in West Bengal's Howrah district was set on fire on Saturday by a mob who also thrashed security personnel guarding it, officials said.

Hundreds of people protesting against the amended Citizenship Act since morning had blocked roads in and around the Sankrail railway station and had set a few shops on fire, police sources said.

"Later in the afternoon, they entered the station complex and set the ticket counter on fire. When RPF and railway personnel tried to stop them, they were beaten up," a senior Railway Protection Force official said. Train services have been affected.