FTII is an autonomous body under the ministry of I&B and is regarded as a centre of excellence across the world. 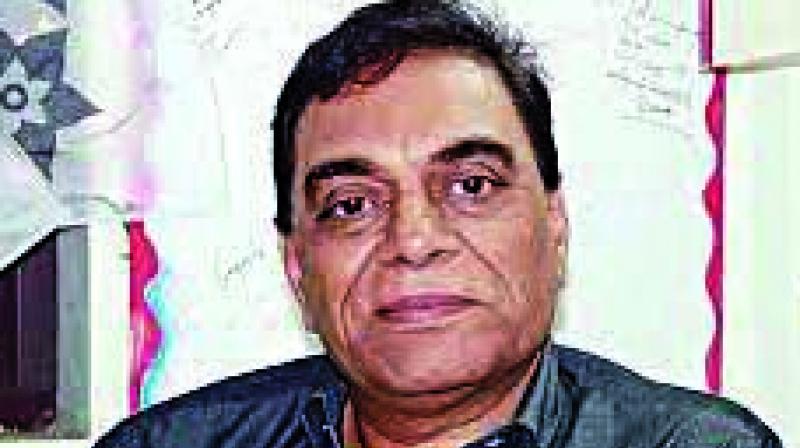 New Delhi: Union information and broadcasting ministry has cleared the name of producer-director B.P. Singh as the chairperson of the Film and Television Institute of India, Pune. The clearance for Mr Singh comes after Mr Anupam Kher decided to step down from the post of the institute in October this year.

A notification regarding the Singh’s appointment is expected soon, sources stated.  Mr B.P. Singh is a former alumnus of the premier institute and the director and producer of one of the longest running and popular television series CID.

Mr Singh is a leading television producer and the creator and director-producer of the TV series CID which is reportedly the longest running TV series in India and horror series Aahat, which was aired between 1995 and  2015.  Mr Singh originally belongs to Dehradun and studied at FTII Pune. He started his career working with public broadcaster Doordarshan in 1973 as a news cameraman and went on to handle the camera for another 10 years, before relocating to Mumbai.

The premier film institute of the country has been plagued by controversies after questions were raised about appointment of Gajendra Chauhan as the chairman. After Mr Chauhan’s tenure ended, the I&B ministry appointed renowned actor Anupan Kher to the post. However, Mr Kher decided to vacate the position mid-tenure from the position of the chairman FTII due to international professional commitments.

Mr Chauhan had a controversial tenure as head of the Pune-based institute after his apointment as the chairman of FTII in June 2015. Students of the institute opposed this move claiming that he was not fit for the job and landed up getting the position for being a BJP leader. Students went on an indefinite strike to oppose his appointment and the agitation ended after 139 days.

During the long and politically charged agitation by students, several political leaders, including the then Congress vice-president  Rahul Gandhi, had also visited FTII campus in Pune.  Due to the long-drawn-out student turmoil and constant opposition, Mr Chauhan only visited the institute once and that too for  assuming the charge. Due to the constant trouble faced by Mr Chauhan, it is understood that all governing council meetings during his tenure were conducted in Mumbai. In October 2017 — months after  ending of Mr Chauhan’s tenure  — the I&B ministry chose Mr Kher’s name to head the FTII.

FTII is an autonomous body under the ministry of I&B and is regarded as a centre of excellence across the world.