The airline has informed the watchdog about it in the final investigation report into the incident submitted earlier this week. 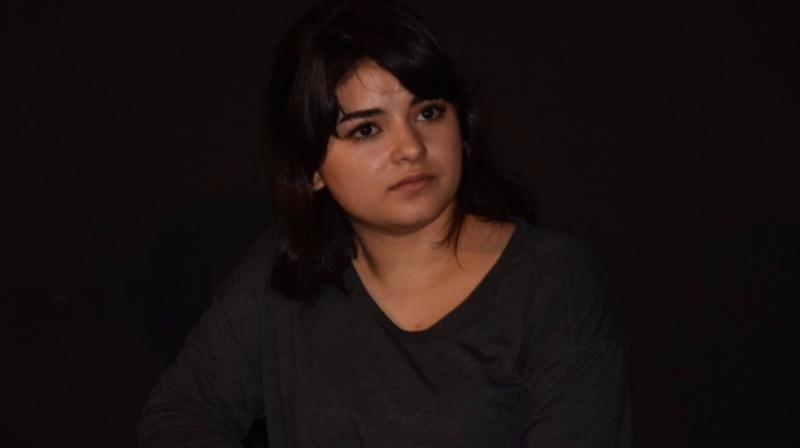 ‘Dangal’ actor Zaira Wasim had alleged that a passenger sitting behind her put his feet on her armrest. (File photo)

New Delhi: Vistara has informed aviation regulator DGCA that Zaira Wasim's mother did not want to register a complaint about the alleged molestation of the actor on-board its flight, an airline source said.

The airline has informed the watchdog about it in the final investigation report into the incident submitted earlier this week.

A man has been arrested following the incident which happened on-board a Delhi-Mumbai flight on December 9.

Following the incident, one Vikas Sachdev was arrested. In its final report about the incident, the airline has said the actor's mother did not want to register a complaint when she was asked by the airline crew, the source said.

According to the source, the airline is also evaluating the possibility of setting up an internal panel to look into various aspects related to unruly passenger behaviour as per guidelines issued by the Directorate General of Civil Aviation (DGCA).

The detailed probe report was prepared by the airline after talking to all the people concerned about the incident, including Wasim, crew and ground handling staff.

Vistara spokesperson was not immediately available for comment about the probe report.

"We are deeply concerned and regret the unfortunate experience Zaira Wasim had onboard our flight last night. We continue to give this case our highest attention and are extending our full support to all relevant authorities for the investigations underway," the airline had said in a statement on December 10.

The "Dangal" actor, who had narrated her ordeal on the Vistara flight from Delhi to Mumbai on Instagram, had said that a passenger sitting behind her put his feet on her armrest.

In the video, which Wasim recorded immediately after de-boarding the flight, the 17-year-old actor broke down several times.