The Sena, which shares a frosty relationship with its senior partner BJP, had threatened several times in the past to walk out of NDA govt. 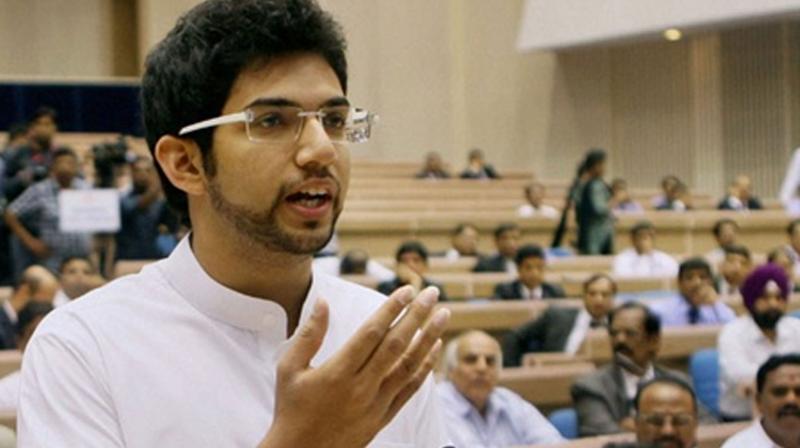 ‘Sena president Uddhav Thackeray will decide the time when the party will quit power,’ said Aaditya Thackeray. Maharashtra goes to polls in 2019.

Mumbai: In the latest threat to quit power and an indication that it will contest the 2019 polls separately, the Shiv Sena on Thursday said it will walk out of the BJP-led Maharashtra government within one year.

The Sena, which shares a frosty relationship with its senior partner BJP, had threatened several times in the past to walk out of the NDA government.

Maharashtra goes to polls in 2019.

"Once the decision on quitting power is taken, all of you have to work together to bring about a change," the Sena scion said.

Launching a veiled attack on the BJP, Aaditya Thackeray indicated that issues pertaining to education remain unresolved till date and said that students keep meeting him with their demands.

"The Sena is committed to resolving the issues of students. The Sena has also created an educational application that will guide students and resolve their problems," he said.

Ever since the BJP formed government in Maharashtra, the Sena, which always projected itself as the "big brother" in the state politics, has been uneasy for having made to play second fiddle to the BJP.