Teacher couple alleged their services were abruptly terminated by the school management on November 30, the day they entered the wedlock. 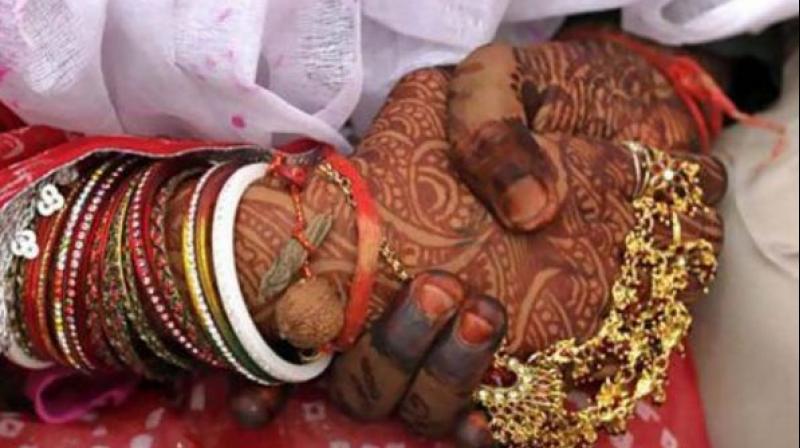 chairman of the school Bashir Masoodi said the duo were relieved from service as they were in a 'romantic relationship' before getting married. (Photo: Representational/File)

Srinagar: A teacher couple working in a private school in Pulwama district of Jammu and Kashmir were sacked on their wedding day with the school management claiming their “romance could adversely affect the students”.

Tariq Bhat and Sumaya Bashir, residents of Tral town in Pulwama, were working in Boys’ and Girls’ wings, respectively, of Pampore Muslim Educational Institute for the past several years.

They alleged their services were abruptly terminated by the school management on November 30, the day they entered the wedlock. While the principal of the school did not respond to calls for a comment on the sacking, chairman of the school Bashir Masoodi said the duo were relieved from service as they were in a “romantic relationship” before getting married.

“They were having romance and it is not good for the 2,000 students of the school and 200 staff members working there. This can adversely affect the students,” Masoodi told PTI. On other queries, he asked the reporter to “visit the school and talk to the principal for it”.

He questioned the school management’s claim of “romantic relationship”, asking why they were not given an opportunity to explain if it were the case. “We both applied for leave to get married almost a month before the wedding day and the school management sanctioned the leave. If we were in a romantic relationship, did they come to know of it only after we announced our wedding plans?” Bhat asked.

The couple alleged the school management was “tarnishing” their image. “We have got married which is the right thing to do from which ever perspective one looks at it. We have not sinned or committed a crime,” they said.