Congress workers on Thursday marched to the Election Commission office in protest over PM Modi's roadshow after casting his vote. 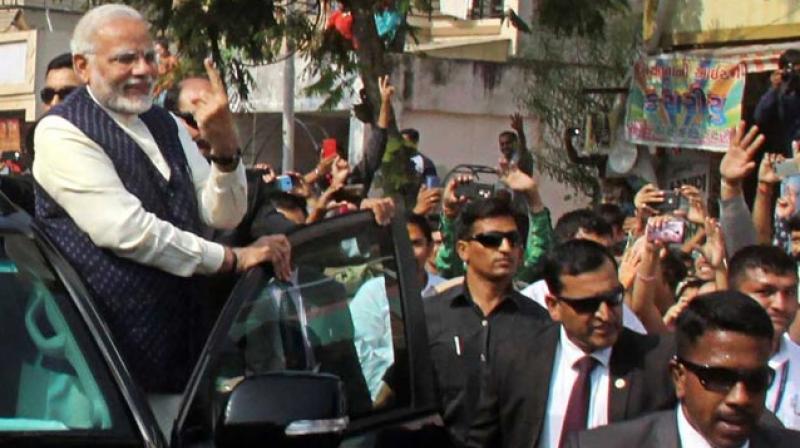 Congress chief spokesperson Randeep Singh Surjewala alleges that the prime minister has violated the model code of conduct by holding a 'roadshow' after voting in the Gujarat Assembly polls. (Photo: PTI)

New Delhi: The Congress on Thursday said the Election Commission was a BJP "puppet" for not acting against Prime Minister Narendra Modi after his "roadshow" in Gujarat.

The prime minister had violated the model code of conduct by holding a "roadshow" after voting in the Gujarat Assembly polls, Congress chief spokesperson Randeep Singh Surjewala alleged.

Addressing a press conference, he said the poll panel was a "puppet and frontal organisation" of the ruling BJP as it took no action against Modi.

"It is a sad day for the country as EC has denigrated the Constitution," Surjewala said.

In a strongly worded attack, the Congress leader also said the "CEC (chief election commissioner) was acting like the prime minister's PS".

The opposition party's attack against the Election Commission and Modi comes a day after the poll panel issued a show cause notice to Congress president-elect Rahul Gandhi for "prima facie" violating the model code by giving interviews to Gujarati TV channels.

The poll panel asked him to reply by December 18, failing which it will decide the matter without any reference to him.

"The rules are different for the Congress and newspapers, TV channels airing Gandhi's interviews, which were not violation of the code of conduct. But at the same time, no action is being taken against the prime minister," Surjewala said.

"Prime Minister Modi's roadshow after casting vote is a clear case of violation of the model code of conduct. Election Commission it seems is working under pressure from PM and PMO," Congress leader Ashok Gehlot said.

Congress workers on Thursday marched to the Election Commission office in protest over PM Modi's roadshow after casting his vote. They were stopped by police outside Sardar Patel Bhawan near Patel Chowk in Delhi. 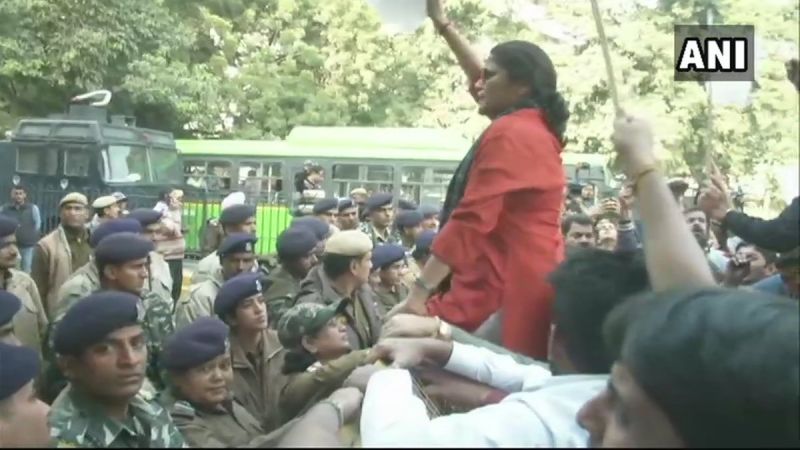 Taking to Twitter, Congress leader P Chidambaram claimed the Prime Minister conducted a “full fledged campaign” on the day of polling, and condemned the EC for “sleeping on the job.”

The images on TV will leave no one in doubt that the BJP and PM have conducted a full fledged campaign on polling day. Shocking violation of Rules. EC is sleeping on the job.

The former finance minister also appealed to the media to “search its conscience” and stand up against the “unprecedented” violation.

On the second and the last phase of Gujarat polls, Prime Minister Narendra Modi on Thursday cast his vote at booth number 115 in Ranip locality of Sabarmati in Ahmedabad.