Father of Mohammadi Begum, who was not allowed to meet her family since 21 years, earlier in 2017, made an appeal for providing her visa. 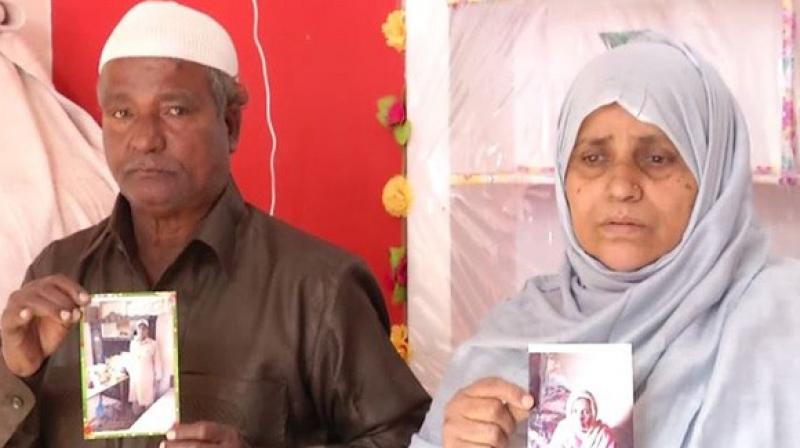 ‘The visa is about to expire in three days. I don't have that amount of money to arrange the tickets for her,’ says Akbar, father of Mohammadi Begum. (Photo: ANI)

Hyderabad:  Hyderabad man has made a heartfelt appeal to the Centre and External Affairs Minister Sushma Swaraj to help him in the release of his allegedly-abducted daughter from Pakistan.

Akbar, father of Mohammadi Begum, a Hyderabadi woman from Yakutpura who has not been allowed to meet her family for the past 21 years, earlier in the year, made an appeal to Swaraj for facilitating her visa. Later, on Swaraj's direction, Begum was granted a visa by Pakistan for 30 days in November.

This time, Akbar has appealed to help him arrange the tickets of his daughter as only three days are left for her visa to expire.

Mohammadi Begum got married to Mohd Younus in 1996, over the phone. Younus purported himself to be a resident of Oman, but when Mohammadi went to live him she came to know that he was a resident of Pakistan and was faking his identity.

Younus later took Mohammadi to Pakistan, where she was not allowed to contact her parents and was allegedly tortured.