BJP leader added that meeting took place in secretive manner with secret agenda, which is purely 'anti-national' in its original character. 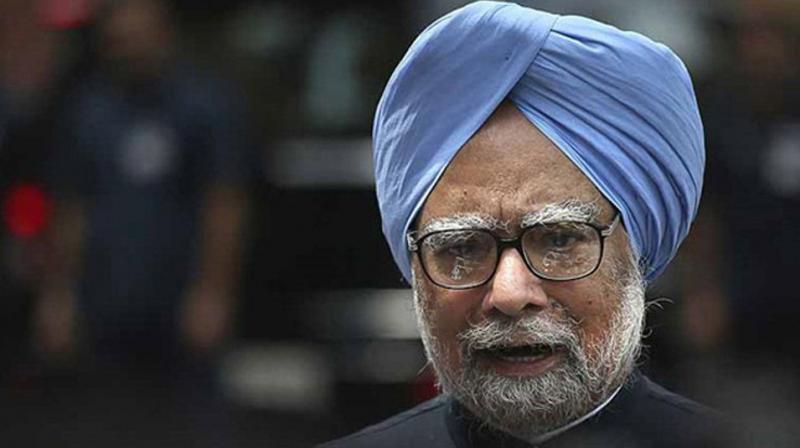 Earlier on December 11, Manmohan Singh quashed the accusation about the former's clandestine meeting with Pakistani officials, and expressed 'anguish' at 'the canards being spread'. (Photo: PTI | File)

New Delhi: Bharatiya Janata Party (BJP) leader and Supreme Court advocate Ajay Agrawal on Wednesday wrote to the National Investigative Agency (NIA) requesting them to register an FIR against the Congress leaders and others who attended a meeting with the Pakistani officials.

Agrawal, in his letter, has stated it appeared the meeting was held to destabilise the ruling government and affect the ongoing Gujarat Assembly elections as the very next day Congress leaders and the host of the meeting Mani Shankar Aiyar levelled 'Neech Aadmi' remark against Prime Minister Narendra Modi.

"The act is exciting hatred towards the elected government and the person doing it and the persons involved in conspiracy should be booked under Section 124 (A) (sedition) of the Indian Penal Code (IPC)," Agrawal stated, in his letter to the NIA.

He further said the former prime minister and former vice president are duty bound not to share the content of the information with anyone and added they did not too any prior permission before participating in the meeting.

"No subsequent discussion in the meeting no note of the same was convoyed to the Ministry of External Affairs (MEA) by the ex-prime Minister and ex-Vice president, which they should have done as per the existing protocol," he said.

"When the Government of India has taken a stand of the No talk with the Pakistan until they stopped exporting terror to India then who authorised the above personalities to do the meeting?" he added.

He even added that the meeting took place in secretive manner with a secret agenda, which is purely 'anti-national' in its original character and hence, raises the suspicion.

Earlier on December 11, Manmohan Singh quashed the accusation about the former's clandestine meeting with Pakistani officials, and expressed 'anguish' at 'the canards being spread'.

"I am deeply pained and anguished by the falsehood and canards being spread to score political points in a lost cause by none less than Prime Minister, Narender Modi. Fearing imminent defeat in Gujarat, desperation of Prime Minister to hurl every abuse and latch on to every straw is palpable," Singh, said in an official statement.

Terming it a lie, Singh issued a clarification as follows, "I reject the innuendos and falsehoods as I did not discuss Gujarat elections with anyone else at the dinner hosted by Shri Mani Shankar Aiyar as alleged by Shri. Modi. Nor was the Gujarat issue raised by anyone else present at the dinner."