They challenged a Delhi High Court order that ordered four of them to the gallows considering the case rarest of rare. 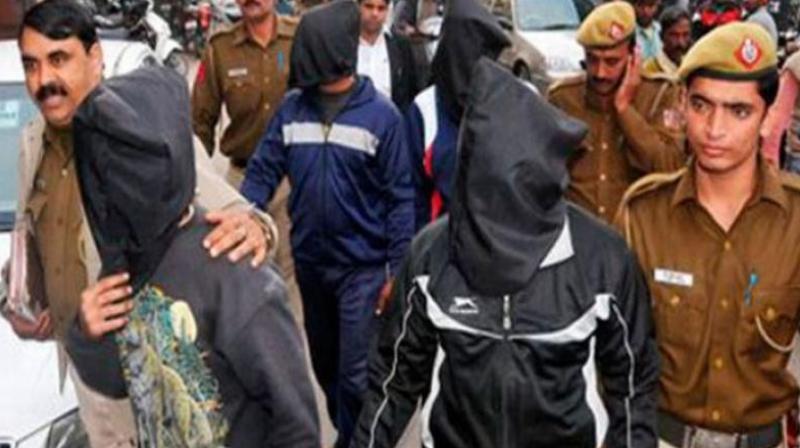 The Supreme Court will on Wednesday hear appeals filed by the December 16 gangrape convicts. (Photo: PTI/File)

New Delhi: The Supreme Court will on Wednesday hear appeals filed by the December 16 gangrape convicts, challenging a Delhi High Court order that ordered four of them to the gallows considering "the case rarest of rare".

The apex court is hearing the appeals filed by the four convicts, Mukesh, Pawan, Akshay and Vijay on Monday's and Friday's every week.

Last Monday, the Supreme Court declined the request by two amicus curiae, senior counsel Raju Ramachandran and Sanjay R Hegde to withdraw from assisting the court in the hearing of the appeals by the convicts in the 16 December Delhi gang rape case.

Asking both to continue assisting the court in the hearing of the appeals by the four accused convicted and sentenced to death, the three judge apex court bench comprising of Justices Dipak Misra, R. Banumathi and Ashok Bhushan said, "We can appreciate the anguish expressed by the learned amici curiae.

Six people gangraped a 23-year-old physiotherapy intern in a moving bus and beat her and her male friend. After violently raping and attacking her, they threw the girl outside the vehicle, along with her male friend. The girl succumbed to her injuries in a Singapore hospital on December 29, 2012. The incident led to large scale protests across the country, forcing the government of the day to make strict and punitive laws related to harassment of women.

One of the accused Ram Singh, 33, hanged himself in prison, while another man, who was a juvenile at the time of the crime, was convicted in August and will serve the maximum sentence of three years in a reform home.

Meanwhile, on December 3, Amicus Curiae Sanjay Hegde questioned the evidence produced by the prosecution in the Nirbhaya gang rape case. In a special hearing, Hegde came out with certain points putting a question on the merit of evidence.

Hegde said that one of the convicts, Mukesh, was not with the prime culprit Ram Singh when the offence was committed. He further added that mobile locations of Mukesh and Ram Singh were found to be different on the night the offence took place.

However, Delhi Police lawyer Siddhartha Luthra said they have evidence of a dying declaration, forensic evidence with regard to DNA blood samples and finger prints. He said that the evidence establishes the fact of the alleged persons' involvement.

Luthra further said there was no element of tutoring in the case, as was the point made by one of the defence lawyers.