Transparency and openness in judicial appointments juxtaposed with confidentiality of deliberations remain one of the most delicate and complex areas. 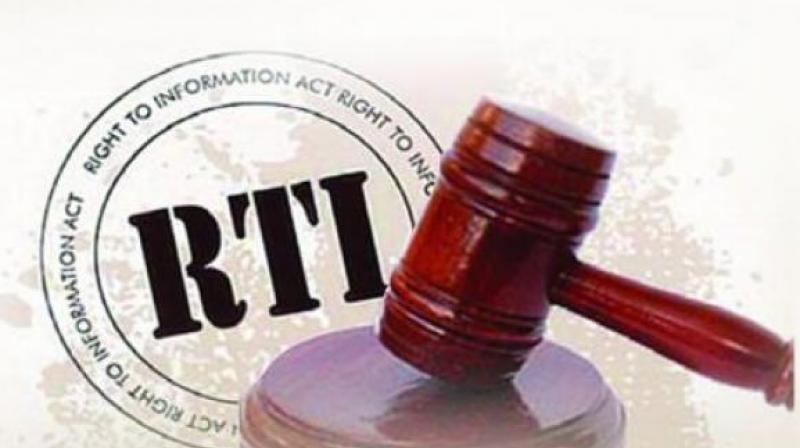 Upholding a 2010 Delhi high court verdict, the five-judge Constitution bench headed by Chief Justice Ranjan Gogoi, cautioned that RTI cannot be used as a tool of surveillance and held that judicial independence and right to privacy have to be kept in mind while dealing with transparency. (Representational Image)

New Delhi: Bringing down the curtain on a nearly decade-old debate, the Supreme Court on Wednesday held that the office of the Chief Justice of India is a public authority and is covered under the Right to Information Act, but added that disclosure of any information sought will have to be balanced with the independence of judiciary, which itself is a matter of public interest.

Upholding a 2010 Delhi high court verdict, the five-judge Constitution bench headed by Chief Justice Ranjan Gogoi, cautioned that RTI cannot be used as a tool of surveillance and held that judicial independence and right to privacy have to be kept in mind while dealing with transparency.

On whether the deliberations of the Supreme Court collegium comprising five senior-most judges in the appointment of judges or lawyers CJI office is a public authority, falls under RTI  will be made public, the top court ruled that it should be decided on case-to-case basis keeping in mind the larger public interest. The bench said that only the names of judges recommended by the collegium for appointment can be disclosed, not the reasons.

Transparency and openness in judicial appointments juxtaposed with confidentiality of deliberations remain one of the most delicate and complex areas.

While the Chief Justice and Justices Gupta and Khanna wrote one judgment, Justices Ramana and Chandrachud have written separate verdicts.

“Judicial independence and accountability go hand in hand,” said the judges, and added, “Thus, when public interest demands the disclosure of information, judicial independence has to be kept in mind while deciding the question of exercise of discretion. However, we should not be understood to mean that the independence of the judiciary can be achieved only by denial of access to information. Independence in a given case may well demand openness and transparency by furnishing the information.”

Further, while applying the proportionality test, the type and nature of the information sought is a relevant factor, the judges said.

Concurring with the main judgment but giving separate reasoning, Justice Chandrachud said the judiciary cannot function in total insulation as judges enjoy a constitutional post and discharge a public duty.

Noting that there is a vital element of public interest in knowing about the norms which are taken into consideration in selecting candidates for judicial appointments, Justice Chandrachud said that if the content of the right to know and the enforcement of right to know law are to possess a “meaningful dimension”, certain steps are necessary, and the foremost among them is that the “basis for the selection and appointment of judges to the higher judiciary must be defined and placed in the public realm.”

Justice Ramana, in a concurring judgment with separate reasoning, said there should be a balancing formula for right to privacy and the right to transparency, and the independence of the judiciary should be protected from any breach.

“In the domain of human rights, right to privacy and right to information have to be treated as coequals and none can take precedence over the other, rather a balance needs to be struck,” he said.

Stating that “transparency cannot be allowed to run to its absolute”, Justice Ramana added, “We may note that right to information should not be allowed to be used as a tool of surveillance to scuttle effective functioning of judiciary. While applying the second step the concerned authority needs to balance these considerations as well.”

“The Right to Information and Right to Privacy are two sides of the same coin. None can take precedence over the other,” the court said in a majority judgment.

The top court’s verdict is rooted in an RTI application by an activist, Subhash Chander Agarwal, seeking information on the elevation of Justice H.L. Dattu, Justice A.K. Ganguly and Justice R.M. Lodha superseding seniority of Justice A.P. Shah, Justice A.K. Patnaik and Justice V.K. Gupta. He had sought full details of the file noting and the communication exchanged between the then CJI and the law minister in 2009.

Mr Agarwal had also sought information on the assets of judges.

The top court’s CPIO had declined the information saying it was with the Chief Justice of India. Traversing through Central Information Commission, the matter eventually went to Delhi high court which, by its January 12, 2010, verdict, held that the office of CJI was a public authority and came within the ambit of RTI.

The 88-page judgement was seen as a personal setback to the then CJI, K.G. Balakrishnan, who was opposed to disclosure of information relating to judges under the RTI Act. The high court verdict was delivered by a three-judge bench comprising Chief Justice A.P. Shah and Justices Vikramjit Sen and S. Muralidhar. The bench had dismissed a plea of the Supreme Court that contended bringing the CJI’s office within the RTI Act would “hamper” judicial independence.

The CPIO and the secretary general of the top court moved the Supreme Court challenging the high court verdict.

Addressing the issue of information sought by RTI activist Agarwal, the Supreme Court on Wednesday pointed to the principled conflict between various factors in favour of disclosure and those in favour of withholding of information.

Distinction, the court said, must be drawn between the final opinion or resolutions passed by the collegium with regard to appointment/elevation and transfer of judges, and observations, reasons, inputs or details the collegium may have examined.

The rigour of public interest in divulging input details, data and particulars of a candidate would be different from divulging and furnishing details of the output, the judges ruled.