In another tweet, he targeted Reddy over shambling of the construction sector and said that he must wake up before its get too late. 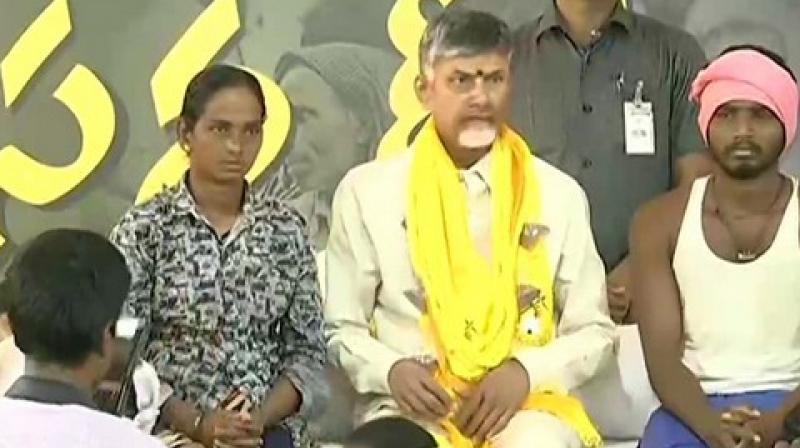 He also demanded compensation of Rs 10,000 per month for every construction worker who has lost livelihood in the last 5 months.

In another tweet, he targeted Reddy over shambling of the construction sector and said that he must wake up before its get too late.

"YS Jagan Reddy's mafia has created artificial sand crisis leading to 50 construction workers committing suicides. Their families are devastated. The construction sector is in shambles affecting 30 lakh people. He must wake up before it's too late," he said.

The TDP has been alleging YSRCP of fuelling artificial scarcity and illegal transportation of sand in Andhra Pradesh.

Naidu will be sitting on a twelve-hour Deeksha in Vijayawada today. During the protest, Naidu will also demand the state government to release sand free of cost to save lakh of workers in the construction sectors.