The disqualified MLAs met our national leaders in Delhi after the Supreme Court verdict and will join the BJP at its state office Thursday morning. 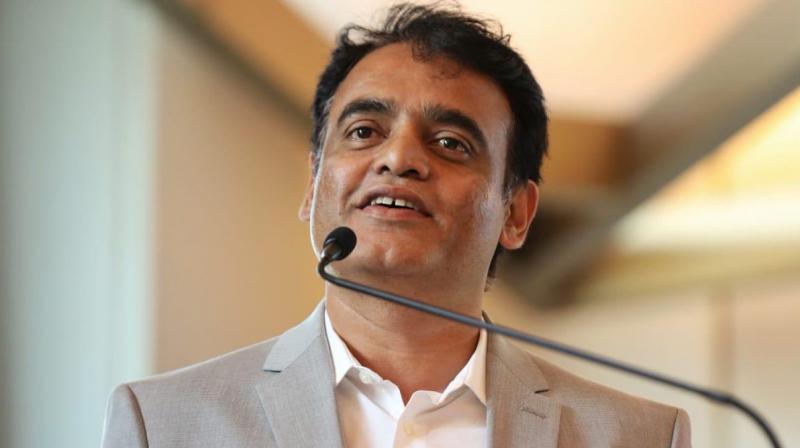 Bengaluru: Hours after the Supreme Court gave its order allowing the disqualified MLAs to contest the December 5 byelections, the   state BJP swung into action to induct all 17 into the party and  brainstormed on fielding them as its candidates for the seats that have fallen vacant following their resignations in July to bring down the Kumaraswamy government.

The former legislators themselves, headed by Mr Ramesh Jarkiholi rushed to the residence of BJP national organising secretary, B.L. Santhosh in Delhi, and discussed with him the formalities of joining the party and later left for Bengaluru where they will join the saffron party on Thursday.

Soon after the verdict, the BJP core committee held a meeting in Bengaluru on Wednesday and decided to induct all the disqualified MLAs into the party  Although after a lengthy discussion, the meeting chaired by BJP state president, Nalin Kumar Kateel arrived at a consensus on giving tickets to them, there was some indecision on Athani, Ranebennur, and Shivajinagar constituencies, according to party sources.

Speaking to reporters after the meeting, BJP senior leader and party core committee member, Aravind Limbavali said the disqualified MLAs would join the BJP Thursday morning and the party would take a decision on fielding them for the bypolls by Thursday evening.

“The disqualified MLAs met our national leaders in Delhi after the Supreme Court verdict and will join the BJP at its  state office Thursday morning.

The core committee has decided to induct all the MLAs into the party. But it has not yet taken a decision on giving tickets to all the MLAs for the bypolls.

The party will announce its candidates for all 15 Assembly constituencies by Thursday evening,” he added.