India   All India  14 Nov 2018  Is the space for working women in India shrinking?
India, All India

Is the space for working women in India shrinking?

The global proportion of working women has been found to be 50 per cent, but, it excludes India. 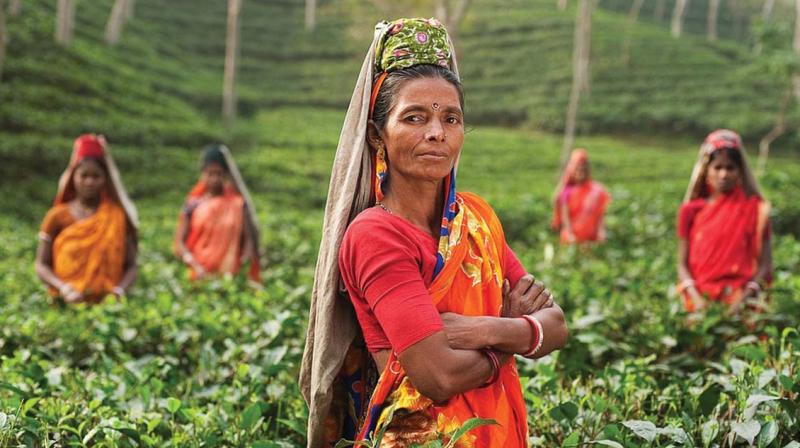 Women workers at a tea plantation.

Malala Yousafzai, the youngest Nobel laureate, famously said: “I raise up my voice — not so I can shout, but so that those without a voice can be heard… We cannot succeed when half of us are held back.” UN Women states that gender inequality is a major cause and effect of hunger and poverty, and 60 per cent of chronically hungry people are women and girls.

Well, amidst such a grim scenario, the issue of empowering women is a much talked about issue in the new millennium. Countries around the world have resorted to a plethora of interventions, be it socio-economic, political, legal, educational or emotional. The focus is to help women in overcoming vulnerabilities, shaping the destiny of their life, and taking part in the country’s productive activities, and contributing to their growth story.

India, home to 18 per cent of the world’s population, deserves special attention to gauge the existing realities. As things currently stand, women generate just 17 per cent of India’s GDP.  Census 2011 has put the female workforce participation rate as low as 25.5 per cent, as against 53.26 per cent for males, with a slightly better rate of participation of 30 per cent in the rural sector.

The global proportion of working women has been found to be 50 per cent, but, it excludes India. India shows a decline in female workforce participation rates from 35 per cent in 2005 to 26 per cent today, which is considered as unprecedented in any  country. India now stands at 121st out of 131 countries, as per the (ILO) rankings for female participation in the workforce.

Globally, some 700 million more women would have worked if their employment rate is at par with that of men, and a third of them, or 235 million, would have been in India. If India could have maintained the rate of growth from 2005, then the figure would have added 42 million more workers. In China, despite a drop at workplace participation for both men and women, its overall female workforce participation continues to remain nearly 50 per cent, as many more women are working.

For almost the last two decades, the Indian economy grew at around 7 per cent per annnum, where the education for girls is gradually improving, fertility and maternal mortality rates are also showing declining trends. In such an improved situation, it was expected to have more numbers of women into the labour force. But, this is not the case in India.

What is the reason behind such a drop in India? Is it because Indian girls are staying in schools longer? But the stark reality is that one-third of the decline in the participation rate is for all females aged 15 and above. The greater widening gap of some 49 per cent is in the case of women between 15 and 24 years, who are found to be neither in education nor employment or training, while it is just 8 per cent for boys.

Agriculture used to accommodate a large number of women, mostly as casual labourers. The National Sample Survey (NSS), 1994 data, revealed a changing trend from the 1970s. Now, more women casual labourers were found to be switching over to sectors like livestock, forestry, fishing and hunting, plantations, orchards, etc, which are usually characterised by low wages and low productivity. The plausible reasons for such a shift is attributed to limited employment options for women in agriculture in the wake of mechanisation, which forced many women to look for less modernised areas of work.

The liberalisation of markets has also not proved to be beneficial for women. They did get more jobs, but mostly in casual and informal sectors. No doubt, the opened Indian economy brought in more technological inputs, but it was again the men who could make the best use of such advanced technologies through skill upgradation. Unfortunately, women perhaps because of various socio-psychological factors, mostly remained high and dry from the purview of hi-tech gadgets and took recourse to low paying, unskilled and insecure jobs. Even in rural areas, when a village moves on to using a tubewell irrigation system from the age-old practice of the manual bucket system, the job of the pump operator goes to a man only. The same may hold true in case of a husking machine or a wheat grinding machine or a tractor and a tiller. There are estimates that over 90 per cent of working women are in the informal sector, and not under any safety net or any official statistics.

Women, in realty, also are paid less than their male counterparts, sometimes just 62 per cent of men, inspite of a law for equal pay. Indian inheritance laws favour women, but are seldom put in practice. Less than 13 per cent of all agricultural land in India is controlled by women.

Amartya Sen, the Nobel laureate and noted economist, opined that independent earning makes a woman less dependent on men and raises her bargaining power in a family. But, this bargaining power is also very much related to the nature of work she is engaged in. The ground reality shows that by being predominantly in the informal sector, Indian women tend to remain as vulnerable as before. In fact, she is now doubly burdened with a workload, both at home and outside. The other side of the story is that even many working women, who contribute to the family income prefer leaving major decisions like investments in land assets or cash to their husbands. This may be the result of age-old social conditioning.

In India, studies have also pointed out that educational attainment and female work participation do not always go hand in hand. Some educated women with a comfortable family income are found to be disinclined to join a vocation. This perhaps reflects an enduring social stigma attached to women as “having” to work, which may lower her family’s social standing. A study in Punjab has revealed that even if women want to work, they face plenty of obstacles like seeking permission from village leaders, parents et al. Even after job training, only a few stick around. Marriage is another factor that ends many careers of women. Social restrictions are more prevalent among higher castes, however it varies from state to state. In places where more men migrate to cities leaving wives behind, like in the North East, female employment rates are relatively high, whereas in states like Punjab or in the conservative Hindi belt, it goes down to below 15 per cent.

There used to also be a chasm between female workforce participation rates in urban and rural areas, and urban women were found to be less likely to work. However, the gap is now narrowing down as more rural women are falling out of the labour force. In urban areas, the figure stayed around 20 per cent, because of growing migration to cities.

Aniruddha Dutta, in his book Half a Billion Rising: The Emergence of the Indian Woman, commented that, “There is a trade-off between spending money on educating a girl or spending it on a dowry. Education often means a smaller dowry or none at all,” and it is considered a cost-effective way of reducing the dowry amount. Families go for educated brides more for the future careers of their sons and grooming of grand children rather than extra income. A Pew research survey in 2012 says that 84 per cent of Indians are of the view that, “when jobs are scarce, men should have more rights to a job than women”.

In India, women are now having fewer children, but unlike other parts of the world, they devote the extra time solely to kids. In the West, women in such a situations go out to build careers. According to a World Values Survey, 76 per cent of Indians agree that “when a mother works for pay, children suffer”, the highest figure outside West Asia. But, there is also evidence that many women aspire to win economic independence and choose professions. Census data further corroborates that 31 per cent of stay-at-home women prefer working if a job is available. In MGNREGA, there are more female workers than men.

Across the world, less than a quarter of workers in manufacturing are women, nearly half in China. In Brazil 51 per cent of workers in the service sector are women, compared to just 19 per cent in India. ILO reports say that only three-quarters of all global health-care workers are women, and it is under half in India. The Indian economy is also moving more towards less female-friendly sectors. Since 2005, agriculture has shed 35 million of its 250 million  workforce due to mechanisation, two-thirds of them were women. Employment in industry grew by 36 million — enough to absorb all the redundant farmers, both male or female, but men nabbed 90 per cent of those jobs. Of the 56 million jobs created in the service sector during the same period, men got nearly 80 per cent. The IT outsourcing industries, considered as relatively female-friendly, have almost stopped hiring in the face of automation and the resurgent protectionism.

Elsewhere in the world, industries that generate tens of millions of female jobs are largely absent in India. Vietnam and Ethiopia, which have plenty of giant factories employing women, who mostly make clothing and footwear, have above 70 per cent female workers. IMF in a study cites that India would have been 27 per cent richer if more women had worked.

A World Bank study suggests that just two hours of less housework per week could raise the female employment rate by 10 percentage points. Improved infrastructure like better roads and electricity could also be an incentive for women opting for jobs, as public safety continues to be a concern for Indian women. Some cities, notably the capital, New Delhi, are perceived as inhospitable to single women.

The ILO, however, forecasts that even by 2030 India will not have as many working women as it did in 2005, despite a 44 per cent increase in its female working-age population during the period. ILO economist, Steven Kapos in his presentation of a report on India, said, “Failure to allow women full access to the labour market is an under-utilisation of human resources that holds back productivity and economic growth.”

India at the same time is credited with progressive women-friendly labour laws with provisions like extended maternity leave, facilities for creche, etc. However, the Sexual Harassment of Women at Workplaces, 2013 Act, though  path-breaking, could make a limited impact as only 5 per cent of women are in formal salaried jobs. The recent spate of revelations under the #MeToo campaign also confirms that the act is yet to take deep roots in urban workspaces.

India’s first woman President, Pratibha Devi Singh Patil, took up the issue of women’s gainful employment and appointed a committee of governors which recommended wide-ranging strategies and action plans. The initiative resulted in the setting up of an Empowerment Mission in 2011, as an umbrella organisation.

Many women in India could shed off inhibitions, break socio-cultural barriers, enter spaces that were erstwhile male bastions, raise their voices against discrimination and exploitation, but it is still a long way for many others to occupy equality in workspaces with men.