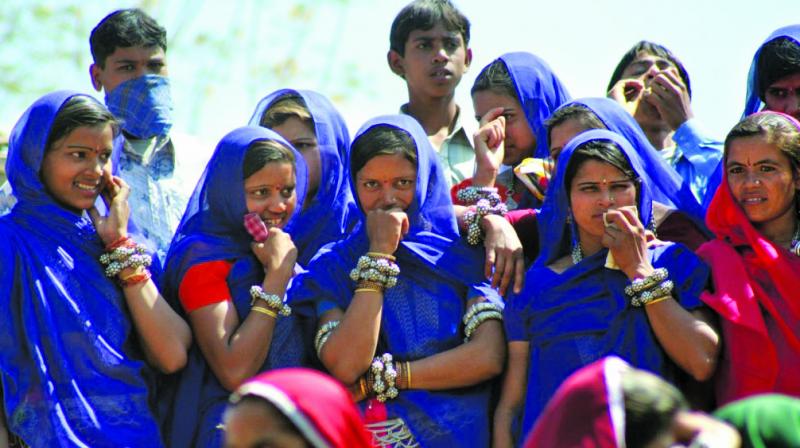 Bhopal: An age-old myth, coupled with growing consciousness about their identity, has made tribals in remote pockets of Madhya Pradesh shun cameras, sometimes, creating a hostile situation for tourists visiting their areas.

In March 2015, Bhil tribals celebrating their famous “Bhagoria” festival in Jhabua, MP, resisted some foreign tourists from taking their pictures, leading to an unpleasant situation. But they relented when the foreign nationals promised them not to project their culture in a negative way and also not to “misuse” the photographs.

Similar incidents were witnessed during the famed tribal festival in other districts, Alirajpur and Dhar, in March, leaving the tourism department officials worried.

“The colourful Bhagoria festival, celebrated by Bhil and Bhilala tribals, attracts thousands of tourists from across the country and abroad. Of late, incidents of tribals resisting visitors from taking pictures have been reported, though not many such incidents have happened,” an MP tourism development corporation official said.

“Growing awareness about their identity has led to the situation. Tribals feel that tourists are not able to fathom the spirit of their culture and, most of the time, project it in a negative way,” state tourism development corporation joint director R.S. Tripathy said.

The festival marks the elopement of young tribal boys and girls after they choose their partners. This interesting ritual prior to their elopement involves the boy splashing red colour on the face of his chosen partner, inviting her to give her consent to elope with him by reciprocating the gesture. A hint of reluctance on part of the girl makes the male try harder to win her consent.

“Tribals are becoming conscious about their identity and are averse to being projected in a negative way, particularly by the western media,” ex-director of Manav Sangrahalaya Ashok Tiwari said.

A noted ethnologist Mr Tiwari, who travelled extensively in tribal belts in MP in the past three decades, said tribals in some remote pockets in the state still shunned cameras fearing that they would be cast black magic spells with the help of their pictures.

“An age-old myth is still prevalent among some tribal groups residing in remote areas that their souls will be stolen if their pictures are taken on cameras”, he said.