The railway safety body has questioned the Railway Board on how trials were conducted without its permission. 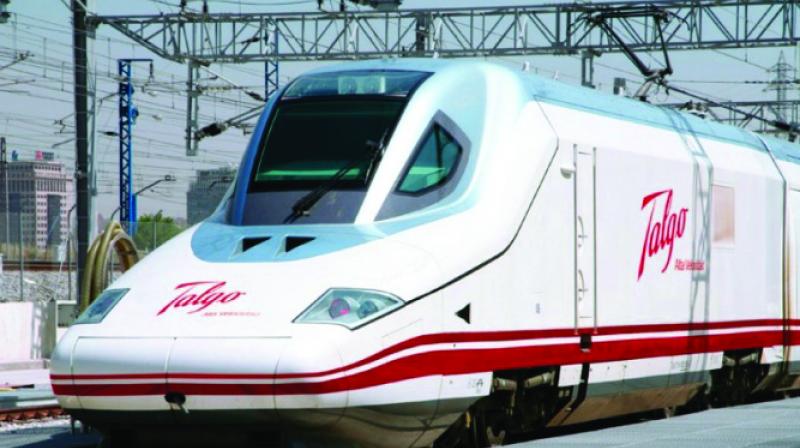 The Spanish coaches are less wider than Indian coaches because Indian Broad Gauge is wider than Iberian gauge.

New Delhi: The much-awaited Spanish Talgo coaches have run into trouble with the Commission of Railway Safety (CRS), which has questioned the trial runs conducted by the railways, saying there was no clearance from its side. The CRS deals with safety of rail travel and train operations.

“These trials were for the limited purpose of assessing the time savings and not for certifying the maximum permissible speed of Talgo coaches,” the board said in its response.

The decision to go ahead with trials without CRS’ permission was based on unanimous clearance by all board members to validate the savings in travel time with Talgo trains on the Delhi-Mumbai section. It also said that due certification will be done separately, if a decision is taken to introduce this new stock in service in the Indian Railways.

“Approval of full board was accorded to the Board memorandum, which in turn is the final authority in all matters of Indian railways. So there is no point in bringing out this issue again and again. Moreover, now the trials are over in all respects,” it said.

The light-weight Talgo coaches are likely to cut travel time and increase efficiency of its congested network. The plan is to first induct the Spanish coaches on lease and run on less crowded sectors such as Delhi-Jaipur or Delhi-Jodhpur.

Trials of nine Talgo coaches were conducted on the Delhi-Mumbai, Bareilly-Moradabad and Palwal-Mathura stretches.

The coaches clocked 12 hours between Delhi-Mumbai, nearly hours lesser than taken by the superfast Rajdhani Express between the two cities. The speed was achieved on existing tracks.

With Talgo coaches, the trains can run at maximum speed of 130-150 kmph and can achieve an average speed of around 90-100 kmph as the coaches, built on `tilting technology’, don’t have to slow down on curves.

The full-fledged use of Talgo coaches could begin two-three years later, once local production commences after considering modifications suggested by the railways to make them operational for Indian platforms.

The Spanish coaches are less wider than Indian coaches because Indian Broad Gauge is wider than Iberian gauge. For trial run in India the major modification Talgo make is increasing the width of the tracks.