Rahul Gandhi had released a video in which he asked Congress cadres to help out people standing in bank queues. 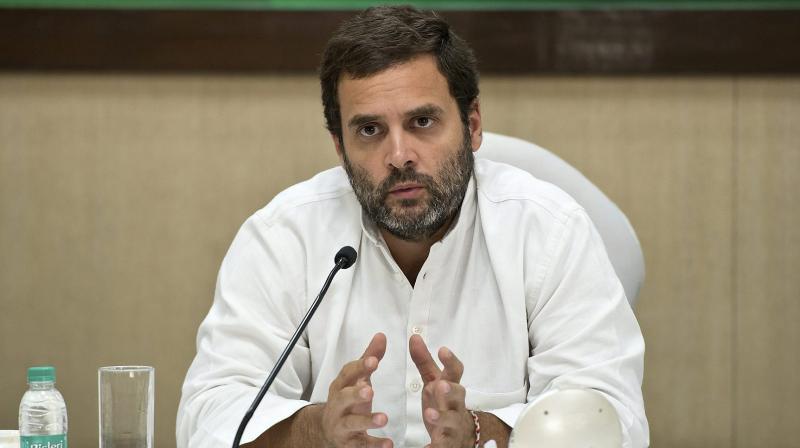 New Delhi: The demonetisation issue is expected to resonate in the Winter Session of Parliament, starting Wednesday, with the Congress and other Opposition parties hoping to put the government on the mat over the inconvenience caused to the common man. The BJP top brass will meet here on Monday to strategise on demonetisation’s political fallout, while the Congress and others will also go into a huddle.

On Sunday, Congress vce-president Rahul Gandhi hit back at PM Narendra Modi over his speech in Goa, and tweeted: “First laughter now tears! Mediocrity comes face to face with reality. If trucks go off the roads, supply of essentials across the country will be paralysed. Hope Mr Modi has a plan for this.” Mr Gandhi had earlier tweeted about a smiling Mr Modi during his recent visit to Japan. “Modi laughs as poor cry,” he had tweeted.

On Saturday, Mr Gandhi had released a video in which he asked Congress cadres to help out people standing in bank queues. The Congress has started putting up stalls across several cities, and distributing tea and water to people.

Congress leader Anand Sharma too hit out at the PM and said: “He (Modi) has created a propaganda and scripted India’s financial chaos and anarchy.” In other tweets, he said: “PM is indulging in theatrics and drama. He is misleading people. His party and its leaders have thrived on black money. They are holders of illegal property and gold. I am leveling this direct charge on the PM and his government that they made their own people know about the step.”

Trinamul MP Derek O’Brien has, incidentally, already given a notice in the Rajya Sabha seeking a discussion on the hardships faced by people due to the demonitisation.