Indian marriages are known for the extravagant delicacies but caterers too are facing order cancellation. 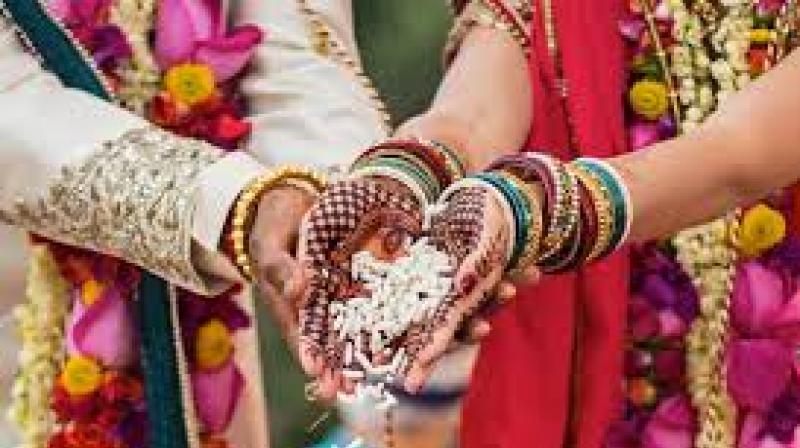 The wedding season is the time of the year when traders do most of their business but lack of liquidity has led to problems. (Representational image)

New Delhi: With demonetisation leading to temporary cash crunch, the big fat Indian wedding season has turned into a nightmare for both traders and families.

"Should I first pay the tentwallah or the jeweller? I go through dilemmas like this everyday. Thanks to the government's decision to ban Rs 500 and 1000 notes, I don't have enough cash to pay people.

"Tomorrow, it will be some other person knocking the door for payment. The excitement is out of the door, the wedding festivity has turned into a nightmare," says Rajinder Gupta, whose daughter is getting married on November 24.

Though supporting the government on this move, he says the problem is that it's "ill-planned" and "badly timed".

"How can you expect a person with marriage in his house to go and stand in the queue for hours? That too to get only a paltry sum of Rs 10,000 and less, which ends up serving no purpose whatsoever," he added.

The wedding season is the time of the year when traders do most of their business but lack of liquidity has led to problems.

Ranging from Rs 5,000 to as high as Rs 51,000, different wedding bands have offered their customers a "one month" timeline for the full payment. But people are not even in the position to pay the advance.

"We understand the pain of our customers. But even I need to pay my workers their salary. I am getting calls but it's limited to asking about the rates. It's not fructifying into a deal.

"People are pressed for money, so we are losing out on our business," says Pankaj, owner of Sindhi Hiranand band in Tagore Garden.

Indian marriages are known for the extravagant delicacies but caterers too are facing order cancellation.

"Just now somebody called me to say that he won't be able to pay me the amount and hence he is calling off the order. My employees are daily wagers, I don't know how I'll able to pay them with this pace of business," says Manoj of Royal Caterers.

With Rs 500 and Rs 1000 losing their value, people are not willing to take these notes as getting them exchanged is too troublesome.

"I don't want to queue up; first to get the money deposited and then to get the notes exchanged. Also, there is a limit to how much we can withdraw," he adds.

Shops selling wedding wear say they are seeing a decrease in footfall.

"With less money to spend, clothes makes for the last item on the priority list. They'll rather spend on other things. We are seeing less footfall with each passing day. And I am not making up when I say we are seeing a loss of 80 per cent in our business," says a shopkeeper from Manyavar.