The eight-member task force has been mandated to chalk out a strategy for expeditious reactivation of all ATMs. 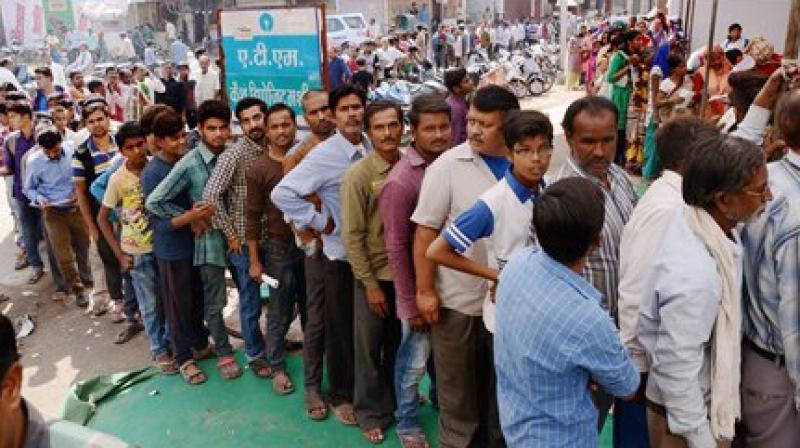 People queue up outside an ATM to withdraw money in Madhya Pradesh on Sunday. (Photo: PTI)

New Delhi: Government has set up a task force under the chairmanship of RBI deputy governor S S Mundra to ensure that ATMs across the country are ready to dispense higher denomination notes in the shortest time to lessen the problems faced by people after the demonetisation decision.

"The number of ATMs which will be recalibrated and which can dispense Rs 2,000 notes will be stepped up ...To make this whole process faster, to expedite this whole process, a task force was decided to be set up under the chairmanship of Deputy Governor," Economic Affairs Secretary Shaktikanta Das said.

The team has been mandated with working closely with banks and various agencies involved in disbursement of cash and recalibration of hardware and software of the ATM network, he said.

"The task force would ensure that ATM network is activated in the quickest time," he said, adding that it will have its first meeting either today or tomorrow.

The eight-member task force, which will have officials from Finance Ministry, Home Ministry and banks, has been mandated to chalk out a strategy for expeditious reactivation of all ATMs.