The government also announced that a large number of micro-ATMs will be deployed across the country. 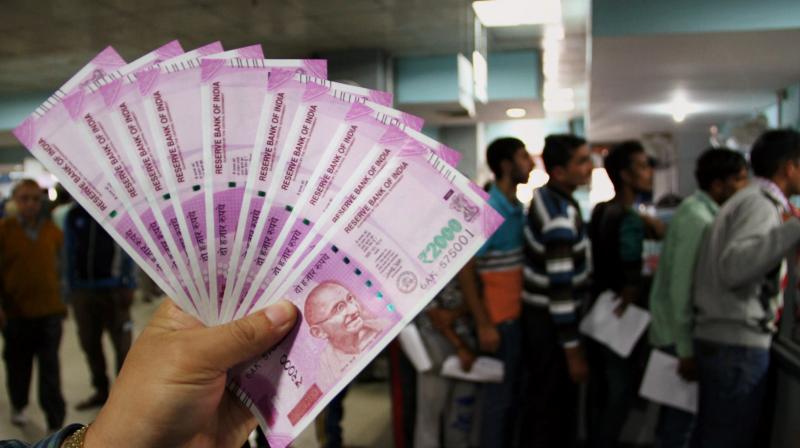 New Delhi: The Finance Ministry on Monday announced that ATMs across the country will start dispensing higher denomination currency, including the new Rs 2,000 note, from either today or tomorrow.

“The focus of the Govt is to activate all channels whereby cash is dispensed to the public,” said Shaktikanta Das, Economic Affairs Secretary, while addressing a press conference in the national capital.

To ease the problems of the common man, the government also announced that a large number of micro-ATMs will be deployed across the country to cater to the millions lining up for cash. Das said that higher cash withdrawal limit of Rs 2,500 would only be for recalibrated ATMs.

"Number of recalibrated ATMs will be enhanced within the next few days, a task force is being set up under the Deputy RBI Governor," Das said. “RBI has informed enough cash is available in system, there is no need for panic; situation will ease in coming days,” he added.