India   All India  14 Oct 2018  16 die in landslide triggered by incessant rains in Odisha
India, All India

16 die in landslide triggered by incessant rains in Odisha

5 kids among dead in incident occured in Gajapati district. 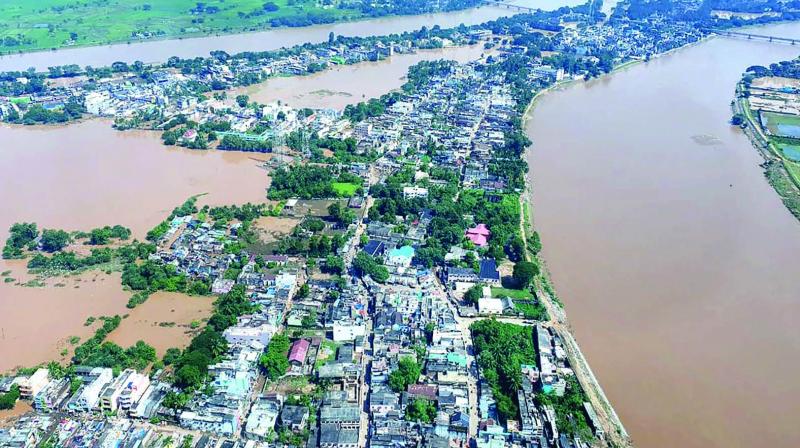 Paralakhemendu: At least 16 persons, including five children, were killed while four others went missing due to a landslide following incessant rain triggered by cyclonic storm Titli in Barghara village under Gangabada gram panchayat under Rayagada block in Odisha’s Gajapati district late on Friday night, reports said on Saturday.

As per reports, the landslide caused major damages in Barghara and some other nearby villages. “It is confirmed that 16 of the 21 persons taking shelter in a cave have at Bargarh have died in the landslide. Five are still missing,” said Antaryami Gamang, chairman of the Special Development Council.

Chief minister Naveen Patnaik who on Saturday morning made an aerial visit of the cyclone-hit pockets announced free relief materials for the affected persons for 15 days. Besides,

“After post mortem of the bodies, financial assistance will be provided to the kin of the deceased as per the government provisions,” said SRC Mr Sethi.

The BJP targeted the state government alleging that the Gajapati district administration failed to reach out to people waiting to be rescued.

“At least 17 persons have died at four locations of Gajapati district. In Rayagada block, 14 have died whereas two persons were killed in Gosani block and one in Kashinagar. The administration is yet to reach the spot. The mishap occurred while the victims were waiting in a cave for the rescue team. Following the incident, doubts being raised whether the Gajapati administration is functioning or not,” observed BJP’s state general secretary Bhrugu Baxipatra.

Former MP Baijayant Panda expressed his concern over the incident and tweeted, “While CM did not respond to my appeal to open hangar with three helicopters (sealed by the State government on flimsy grounds) and my offer to fly recue and relief sorties.”