The mob told the driver to chant 'Bharat mata ki jai' and 'Jai Hanuman'. When the driver refused, he was brutally thrashed. 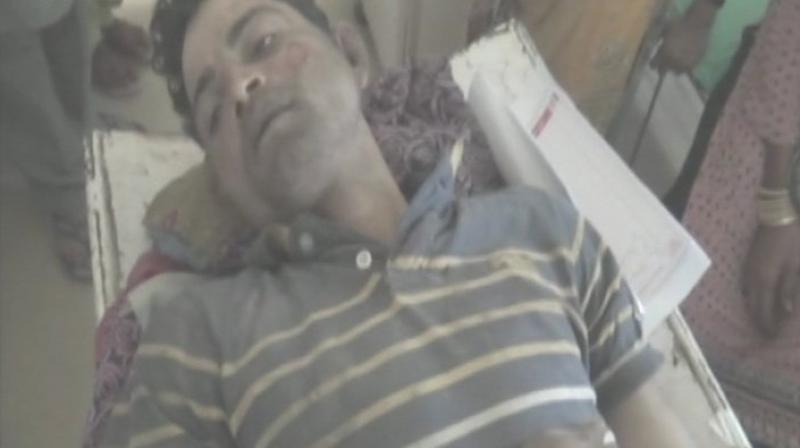 The mob, on Friday, surrounded and beat up an auto-rickshaw driver and four persons in Faridabad suspecting them of carrying beef. (Photo: Twitter | ANI)

Faridabad: In yet another incident of cow vigilantism, five people were thrashed by cow vigilantes in Faridabad, a few kilometres from the national capital of Delhi, on suspicion of carrying beef.

Faridabad Police has, however, registered a case against the victims under the Cow Smuggling Act.

"We will get meat tested," the district police chief said.

A senior police officer of the district said a case would be registered on the complaint of the victims too.

The mob, on Friday, surrounded and beat up an auto-rickshaw driver and four persons suspecting them of carrying beef.

It also told the driver to chant 'Bharat mata ki jai' and 'Jai Hanuman'. When the driver refused, he was brutally thrashed.

The assault comes days after the Supreme Court asked for a compliance report from states on the cow vigilantism matter.

In his Dussehra address, RSS chief Mohan Bhagwat slammed violence in the name of cow vigilantism. He said, "It is reprehensible that some people have been killed allegedly by gaurakshaks."

Bhagwat said rearing of cow is not a matter of religion. He said, "I know many Muslims are involved in rearing and protection of cows."

He added, "We must look at the issue of cow protection beyond religion. Many Muslims have sacrificed their lives in gauraksha - protection of the cow just as people of Bajrang Dal have."