The study was recently been published in the prestigious international journal, Scientific Reports, of Nature group. 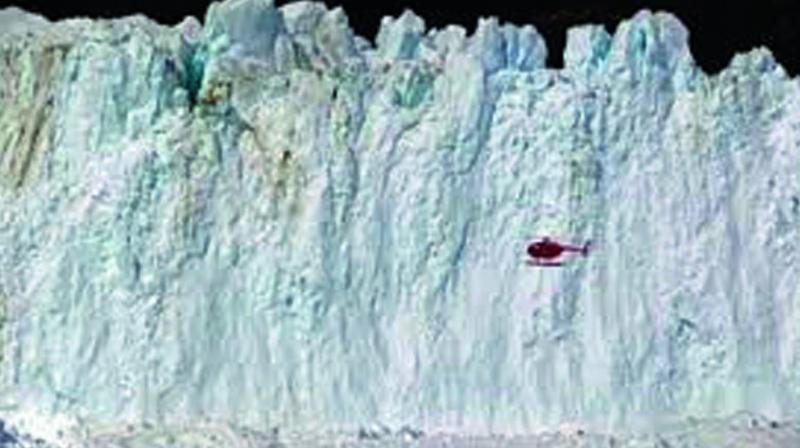 The scientists have used tree ring data of around 400 years from Himalayan conifers in the glaciated valleys of Uttarakhand, Himachal Pradesh and Kashmir for research.

Lucknow: For the first time in the country, a team of nine scientists from the Birbal Sahni Institute of Palaeosciences (BSIP) in Lucknow has used the tree ring data to study the health and behaviour of Himalayan glaciers over a period of four centuries.

The findings have reiterated the visible shrink in the glaciers’ size and shed light on the correlation between their melting and the heat in sun rays and oceanic currents, apart from global warming. The study was recently been published in the prestigious international journal, Scientific Reports, of Nature group.

The scientists have used tree ring data of around 400 years from Himalayan conifers in the glaciated valleys of Uttarakhand, Himachal Pradesh and Kashmir for research.

Lead author of the research team, Dr Mayank Shekhar, said the team conducted research on 13 glaciers. Three of these were in Jammu & Kashmir, six in Himachal Pradesh and four in Uttarakhand.

The research showed that every 10 years, Uttarakhand and Himachal Pradesh glaciers were melting at a rate of 6 per cent and 5 per cent, respectively, while glaciers of Jammu & Kashmir were stable.

Dr Ranhotra said that there is no instrument to measure glacier health over such a long period of time and the team used tree rings. BSIP is the first institute in the country to use this technology.

These rings reflect details of climatic change during a year. Without cutting the tree, scientists draw out a section of an old tree to study the rings.

If the width of the ring is thick, it reflects favourable climatic conditions and if the ring is thin, it indicates the tree was under stress in that particular year. The rings reflect the changing behaviour of glaciers due to rain and temperature.

According to Dr Ranhotra, the melting of glaciers is not only caused due to industrialisation and global warming but also natural factors like oceanic currents and total solar irradiance (TSI). TSI means the total sun energy coming to earth which is equally responsible for melting of glaciers.

Oceanic currents affect monsoon and since glaciers are dependent on monsoon precipitation in the form of snow, any change in it affects glaciers. TSI affects temperature and other climatic factors due to chemical changes in sunlight.

High or low temperatures affect glaciers and very high temperature might lead to loss in volume of glaciers. Oceanic currents affect monsoon, since glaciers are dependent on monsoon precipitation in the form of snow.

On the other hand, glaciers of Jammu & Kashmir are dependent on winter precipitation mainly in the form of snowfall, which has lesser impact on glacier volume.

BSIP director  Dr Sunil Bajpai said, “This is a complex subject but the study provides compelling evidence of global significance for understanding the dynamics of past glacier advances and retreats in the context of changing climatic conditions and their drivers in each of the three major sectors of Himalayas”.

Incidentally, it was only during the Little Ice Age, a period of cold conditions from 1645 to 1715, that Arctic and sub-Arctic glaciers were expanding but Himalayan glaciers were melting.