Sources in the Army said that on September 10-11, Indian Army troops killed Sepoy Ghulam Rasool in Hajipur sector of POK. 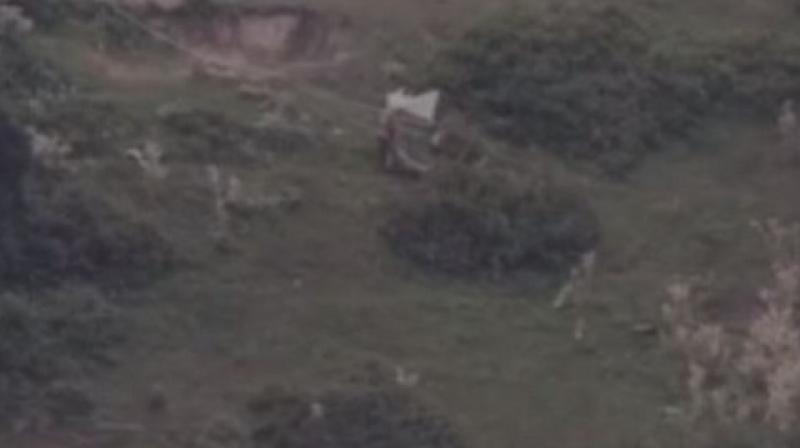 On September 13, the Pakistan Army raised the white flag and recovered the bodies. Indian Army respects the dead and so permitted the same, said sources. (Photo: ANI)

New Delhi: Pakistan army was forced to raise the “white flag" to recover the body of its soldiers killed by Indian Army in a robust retaliation to the ceasefire violations (CFV) by the Pakistani side.

The white flag is meant to signify surrender or seeking truce.

Army sources said the Pakistan army could not recover the bodies despite repeated attempts for over two days.

On September 13, the Pakistan army raised the white flag and recovered the bodies. Indian Army respects the dead and so permitted the same, said sources.

It is pertinent to note that the Pakistan army did not try to take back the bodies of its 5-7 soldiers and terrorists killed on July 30-31 in Keran sector. It is believed that those killed were not from Punjab.

Sources said those killed in Keran sector must have been Kashmiris or soldiers from Northern Light Infantry (NLI).

Pakistan had disowned its soldiers killed in Kargil war as well, and Indian soldiers performed their last rites even on icy heights during the war.

Sources said the Pakistan army, which is dominated by Punjabi Muslim Generals and has more than 70 per cent of troops from that area, always tries its best to retrieve bodies of Punjabi soldiers killed in action.