India   All India  14 Sep 2019  Life in Kashmir continues to be paralysed
India, All India

Life in Kashmir continues to be paralysed 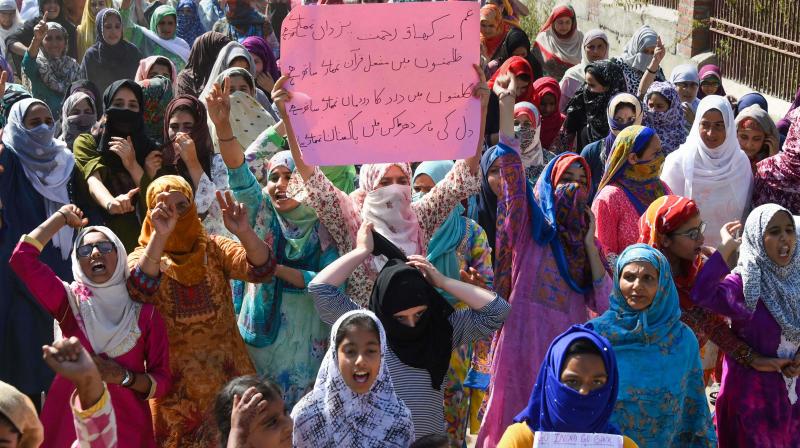 Srinagar: Day fortieth and the normal life continued to be paralysed in Kashmir Valley on Friday.

The security forces in riot gear re-imposed restrictions on the movement of residents in several Srinagar areas and in some other towns of the Valley. Elsewhere, shops and other businesses remained shut and public transport was off the roads. Also less number of private vehicles was seen running on the roads as compared to past few days’ bustle.

The authorities had a few weeks ago announced reopening of primary, middle and high schools in the Valley. Though teachers and other staff are reporting to duty, students have stayed away as parents are wary of sending their wards to schools. Now major Valley schools including Delhi Public School are issuing video lessons and written assignments to their students for completing them at home.

Reports pouring in here said that the authorities did not allow Friday congregations at major mosques and hospices including Srinagar’s Jama Masjid. However, people offered Friday prayers in respective locality mosques.

After the Friday namaz, hundreds of residents held protests in Srinagar’s Soura area. The witnesses said that later the police fired teargas canisters and swung bamboo sticks to quell stone-pelting crowds in the area, injuring half a dozen persons, one of them seriously. The police also took three local youth into custody. The officials termed it an “insignificant” incident and said that the day passed off peacefully in the Valley and also in Jammu and Ladakh regions.

A report, not confirmed by officials, said that later during the day a J&K police official had had a verbal clash with his counterpart from Central Reserve Police Force (CRPF) over some issue at Soura. As the incident led to a standoff between the two sides, senior police and CRPF officials rushed to the spot to defuse situation, the report said.

The officials said that restrictions under Section 144 of the CrPc were re-imposed in some Valley areas to maintain law and order in view of congregational Friday prayers. In the afternoon the local police assisted by Central armed police forces laid additional makeshift barriers or nakas at several places across Srinagar to intensify checking of vehicles particularly two-wheelers.

Curfew-like restrictions were imposed across Kashmir Valley and most parts of Jammu region first on the night of August 4, a day before the Parliament adopted a resolution, abrogating Article 370 of the Constitution under which J&K enjoyed special status within Indian Union and a bill, bifurcating the State into two Union Territories. The restrictions were lifted in phases from many parts of the Valley with the ground situation showing improvement. No restrictions are now in force in Jammu region where mobile and landline phone and broadband services on fixed phone lines are also functional.

Meanwhile, Army’s Northern Command chief Lt. Gen. Ranbir Singh on Friday reviewed the prevailing security situation in the Valley during a visit to Srinagar. The Army sources said that Lt. Gen. Singh accompanied by the Srinagar-based Chinar Corps commander Lt. Gen. Kanwaljeet Singh Dhillon also visited some of the Army formations in areas falling in close proximity to the Line of Control (LoC) where he was briefed by the local officers about the recent counterinsurgency and counter-infiltration operations and overall situation prevailing along the de facto border.

A defence spokesman here said that the Northern Command chief “complimented the commanders and troops for their round the clock vigil on the LoC and the humanitarian assistance being provided to the people of Kashmir”. He added, “He also appreciated the actions taken by the units and formations in ensuring safety and well being of the people, lauded the exemplary synergy amongst all security forces and civil administration and reinforced the need to be fully prepared to defeat the evil designs of enemy and anti national forces”.