Eating glass for 40 years to have fun, claims MP lawyer

Dayaram Sahu, a lawyer by profession, has been eating glasses of bulbs, liquor bottles and other objects since his childhood. 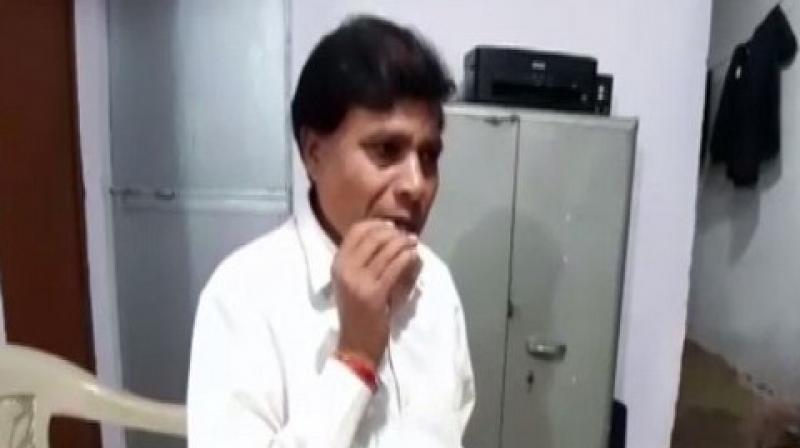 The man said that his strange habit caused damages only to his teeth and there was an adverse effect on his overall health. (Photo: ANI)

Dindori: In a shocking and strange habit, a man in Madhya Pradesh's Dindori claims he has been eating glass just for fun for over 40 years.

Dayaram Sahu, a lawyer by profession, has been eating glasses of bulbs, liquor bottles and other objects since his childhood.

"I wanted to do something different so I started this. I felt a good taste when I first ate it. When people came to know that I can eat glass, they found it startling so I continued eating for the sake of showing off which eventually became my habit," Sahu told ANI.

He said: "It is an addiction for me similarly as people are addicted to cigarettes, liquor and other things."

The man said that his strange habit caused damages only to his teeth and there was an adverse effect on his overall health. "I never felt any problems but doctors say if a big piece of glass goes in the stomach, it can harm my intestine so I have now controlled it and seldom eat," he stated.

"I wouldn't suggest others to follow as it's dangerous for health," the lawyer suggested.

Satendra Paraste, a doctor at the government hospital in Shahpura, said people should not try eating glass and it may cause damages to internal parts of the body.

He said: "Since glass is not digestive, people should not eat it. When it passes through the Alimentary canal, it can cause wounds leading to Ulcer and infection. It can also cause several types of problems in the stomach," the doctor advised.