Kapoor said each generation of his family has been “chosen on merit” by the public. 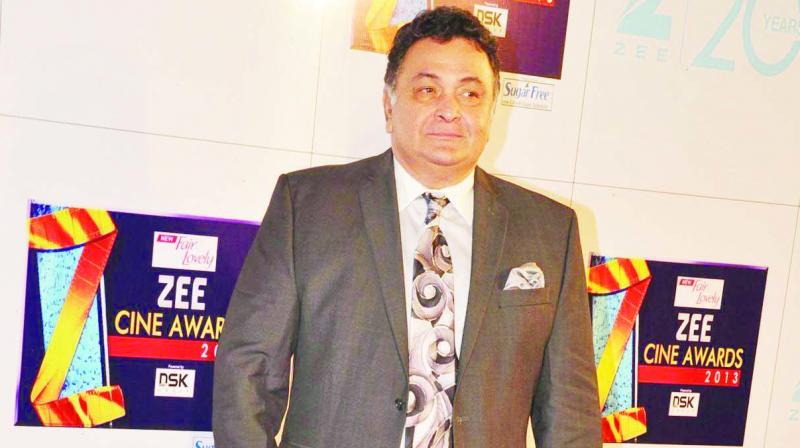 New Delhi: Veteran actor Rishi Kapoor has taken exception to Rahul Gandhi’s reference of Bollywood while talking about dynasty politics during his speech at Berkeley.

Kapoor said each generation of his family has been “chosen on merit” by the public and the Kapoors’ contribution to the 106 years of Indian cinema is 90 years.

Mr Gandhi, in his speech at the University of California in Berkeley, had talked about how dynasties are a fact of life in India. He, however, did not mention the Kapoor family in his speech.

“Most parties in India have that problem So...Mr Akhilesh Yadav is a dynast. Mr Stalin (son of M. Karunanidhi in DMK) is a dynast...”

Even Abhishek Bachchhan is a dynast. So that’s how India runs. So don’t get after me because that’s how they India is run. By the way, last, I recall, Mr Ambanis are running the business. That’s also going on in Infosys. So that’s what happens in India,” Mr Gandhi had said while listing several prominent Indians born into famous families. Kapoor, however, posted a series of tweets as a reaction to Mr Gandhi’s speech. “Rahul Gandhi. In the 106 years of Indian cinema of India, Kapoor’s contribution is 90 years. And each generation is chosen by public on merit,” Kapoor tweeted.

“By God’s grace, we are in four generations. Prithviraj Kapoor. Raj Kapoor. Randhir Kapoor. Ranbir Kapoor — Males. Besides all others.

“You see otherwise. So don’t bull**it people on ‘dynasty’. You have to earn people’s respect and love through hard work not zabardasti (forcibly) and gundagardi.”

Kapoor had courted controversy last year too when he suggested that roads and building named by the Congress after the Gandhi family be changed.

“If roads in Delhi can be changed, why not Congress assets/property? Why Indira G airport International? Why not Mahatma Gandhi or Bhagat Singh Ambedkar or on my name Rishi Kapoor. As superficial! What say?” he had said.