India   All India  14 Sep 2017  Ready to deal with every kind of situation: Sitharaman on border issues
India, All India

Ready to deal with every kind of situation: Sitharaman on border issues

On Doklam standoff and ceasefire violations by Pak, Sitharaman said that the defence forces are monitoring every situation very closely. 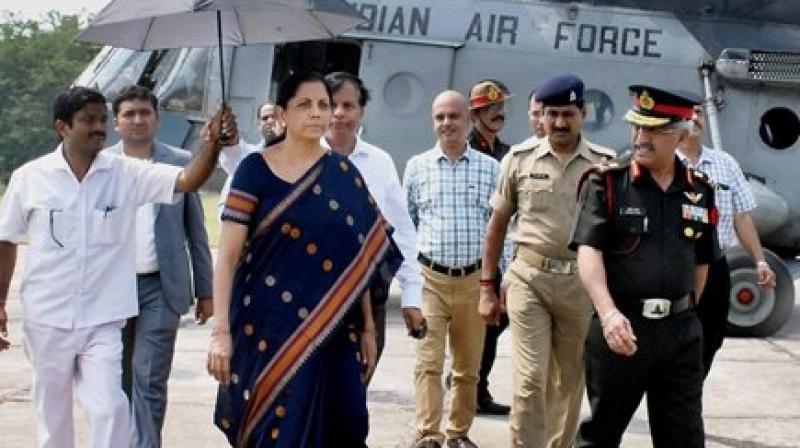 Defence Minister Nirmala Sitharaman on her arrival in Varanasi on Thursday. (Photo: PTI)

Answering posers on the Doklam standoff and incessant ceasefire violations by Pakistan, Sitharaman said that the defence forces, along with the Centre, are monitoring every situation very closely.

"I assure the people of the nation that we are prepared to deal with every kind of situation. The Defence Ministry, along with the Indian Army, is all decked up. We are monitoring every situation very diligently and closely," said Sitharaman.

According to recent developments, as part of the disengagement, the Chinese troops have left the dispute area of Doklam along with bulldozers and removed the tents which they had pitched.

Reportedly, there were about 1700-1800 Chinese troops in the area where they proposed to build a road and all of them have left.

Meanwhile, the Pakistani troops have violated the ceasefire more than three times in this month.