He also said that we should not limit the usage to official, but also use Hindi in our personal lives too. 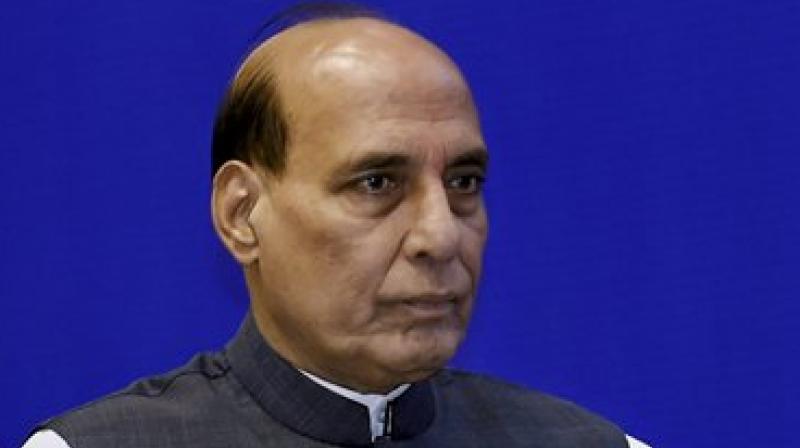 Singh claimed that Hindi was the only language that has played a major role in accomplishing unity in diversity. (Photo:PTI)

New Delhi: On the occasion of Hindi Diwas, Home Minister Rajnath Singh appealed to the citizens of India to increasingly use Hindi for official purposes as well as in personal life, and urged all to vow to promote the country's official language across the globe.

"On this occasion of Hindi diwas, let us vow to promote and support Hindi in mind, in word, and in deed, and take it to its respectable state and make our country proud," Singh said, while addressing the citizens via a video message.

"Since Hindi is the official language, it is our constitutional liability to ensure that Hindi is used a primary language for official work," said the Home minister, adding that this instruction should be complied with as much persistence as other official instructions are complied with.

He also said that we should not limit the usage to official, but also use Hindi in our personal lives too.

Rajnath Singh said that the identity of a strong nation is seen by how vast and enriching its language is, and that every language and dialect of India contributes to our national and cultural heritage.

"It is the duty of every citizen to protect the nation's heritage," he added.

Observing the role of Hindi as the country's official language, Singh claimed that it was the only language that has played a major role in accomplishing unity in diversity.

"Hindi not only serves as the medium for expressing the prime elements of Indian culture, but is also a medium for strengthening the unity of the nation," he said.

The Home Minister stressed on the greater usage of Hindi in its simplest form for official functions, and suggested that chiefs of education institutes ensure that Hindi is majorly used as a medium of instruction.

"I appeal to every chief of Government ministries, departments, offices, enterprises and banks etc. to primarily use Hindi language in their daily functioning, so that other officers and staff are encouraged to do the same," he said, adding that offices and institutes should organise practice-based workshops for Hindi to achieve the purpose.

In reference to the information revolution in the age of computer and internet, Singh said that Hindi Etools like Unicode, Hindi keyboard, E-Masterword, machine translation have been developed to facilitate the use of Hindi language in computers, and should be increasingly used.

"With our efforts, I am sure we will achieve success in spreading Hindi across the globe," he concluded.