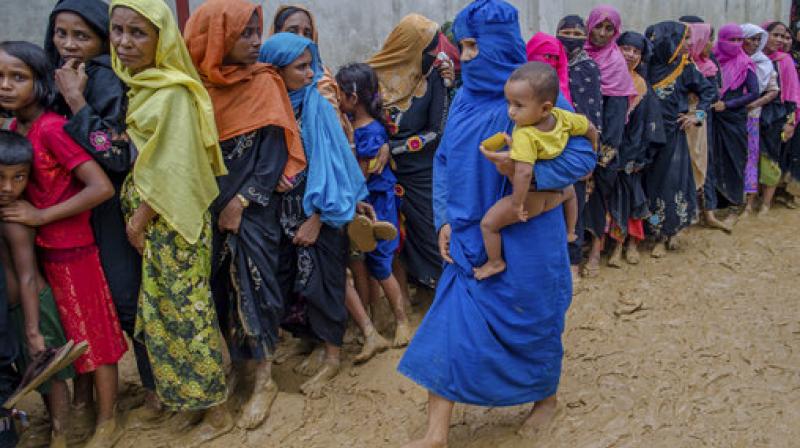 New Delhi: The Centre on Thursday filed an affidavit in the Supreme Court stating that 'Rohingyas are a threat to national security'.

The central government was responding to the apex court's questions on deportation of Rohingya refugees in a PIL filed in the court.

The Centre on Wednesday, while granting Indian citizenship to Chakma and Hajong refugees, maintained its stand saying that Rohingyas are illegal.

Home Minister Rajnath Singh had indicated that some action will be taken with regard to deportation of Rohingyas, who are considered to be a security threat to Jammu and Kashmir.

Minister of state for home Kiren Rijiju, who belongs to Arunachal Pradesh, had said Rohingyas were illegal immigrants. He also said that India absorbed the maximum number of refugees in the world.

On Monday, in Geneva, UN human rights chief Zeid Ra'ad al-Hussein flayed any attempts by India to deport Rohingyas to Myanmar when the ethnic minority community was facing violence in their country.