Nine others, however, continue to face criminal charges in connection with Khan's killing, according to officials. 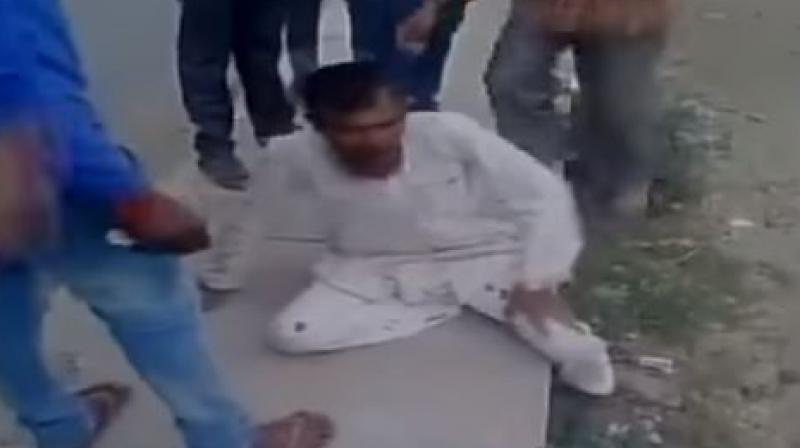 Jaipur: Five months after the alleged murder of Pehlu Khan by cow vigilantes, Rajasthan police have found no case against six accused.

However, nine others will continue to face the charge.

The state CID-Crime Branch, which took over investigations in July, has concluded that the six men were not present when Pehlu Khan was attacked.

The police have said that these six men are also not seen in photos or video footage of the attack and that their mobile phone records show they were about 4 km away during the attack.

"Six persons have been given a clean chit in the investigation into the Pehlu Khan case. Nine others, however, will face criminal charges," ADG (CID-CB), Pankaj Kumar Singh said.

The police have also withdrawn the Rs 5000 reward announced on each of the six accused.

However, before his death Pehlu Khan had reportedly named these six persons in his statement among those who attacked him and those accompanying him. He had identified them as they were calling each other by their name at the time of attack.

They also claimed that they were members of Vishva Hindu Parishad (VHP) and Bajrang dal.

According to his statement, they told the victims that anyone carrying cows through Behror would meet the same fate.

Pehlu Khan, a dairy farmer along with some of his family members was transporting cattle to Haryana on April 1, when their vehicles were intercepted by cow vigilantes in Behror, in Alwar district of Rajasthan bordering Haryana and Delhi. They were mercilessly beaten up by the mob. Khan, later succumbed to his injuries.

The police had arrested seven people after the attack based on video footage; all but two were released on bail.

Meanwhile, patron of Alwar district Meo panchayat Sher Mohammed has said that the police have acted under pressure of Hindu organisations. He said that the community will now take the matter to the high court to seek justice.

After Pehlu Khan's death, the state home minister Gulab Chand Kataria not only down played the incident by claiming that both the sides were guilty but also claimed that Pehlu Khan was a cow smuggler.

Later, when the leader of opposition raised the matter in the state assembly, Kataria alleged that Pehlu Khan had three cases of cow smuggling against him.

"Anyone carrying cattle illegally is a smuggler. Khan did not have valid documents. He already had three cases of cow smuggling registered against him," he said.

Although, much later, chief minister Vasundhara Raje after a letter of protest from bureaucrats and civil society activists, said "such activities won't be tolerated in Rajasthan".

However, in a newspaper article in July, she had defended action taken by her government claiming that seven suspects have been arrested, cases registered, and court challans filed. When proven guilty, they will face punishment. In the same article, she also took exception to link mob violence with the BJP.

“I’d like to make the case that the notion that anybody or any political party supports mob violence based on religion, caste, or eating habits is at best, prejudice and at worst, dishonesty,” she wrote.