Look who’s on it: How pan-India eateries are signing up for apps

The average commission charged by Swiggy, Zomato and other delivery aggregators is 15-30 per cent per order. 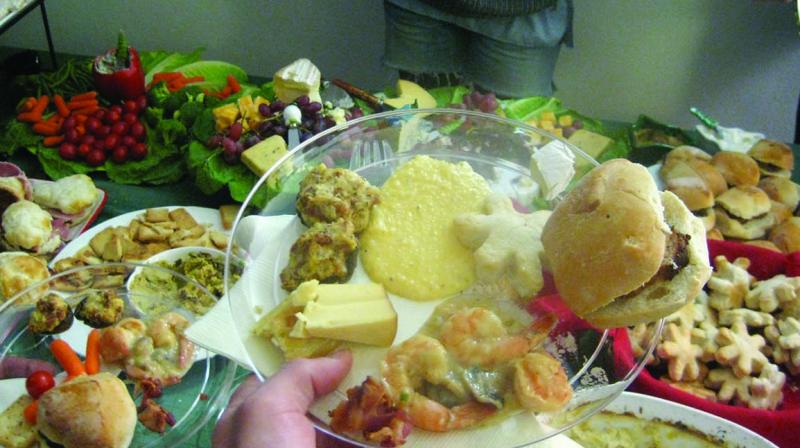 On top of that there are the discounts that they offer customers to keep them engaged. Almost 50-70 per cent of these discounts are borne by the restaurants, as it is impossible to exist in the delivery system without offering at least a 20 per cent discount.

Even Andrea’s is on it??” A fair reaction from my partner upon spotting the Delhi eatery and bar on a delivery app. “Even Curlies, the shack on Anjuna Beach, Goa (that did not even have a phone in the 90’s when I used to visit it) is on it!”, was the best leverage I could give to a growing sense of shock one feels when coming across an establishment that has well established itself across a demographic of clientele- biting the bullet and getting on ‘it’.

Pan-India, the larger part of both fine and casual dining restaurants and eateries have joined up with one or more of the app and online based delivery services currently available, to a) deliver further and wider than they can with their limited infrastructure and b) to gain widespread visibility and reach many more fresh palates than they can through their own marketing. People needed these delivery services and restaurants need the people. But in all of this, who is making money?

“The average commission charged by Swiggy, Zomato and other delivery aggregators is 15-30 per cent per order. On top of that there are the discounts that they offer customers to keep them engaged. Almost 50-70 per cent of these discounts are borne by the restaurants, as it is impossible to exist in the delivery system without offering at least a 20 per cent discount. Your restaurants won’t even come up in a search. So restaurants are hardly making money on deliveries. Rather they have to hike up their delivery menu prices to make up some margin (meaning a biryani that costs `300 rupees if eaten at the restaurant, could cost Rs 500 when ordered in)” a concerned, yet excited, Munaf Kapadia, says. Apart from being a part of the National Restaurants Association of India, he runs ‘The Bohri Kitchen’ in Mumbai, a strict delivery-only place, that strictly delivers strict Bohri cuisine. While he credits the delivery aggregators for creating huge business in the market, the need to “go beyond discounts and work towards a healthier eco-system for restaurants, consumers and aggregators is the need of the hour”. The association and the aggregators have sat across the table to try and thrash this out, and the NRAI is trying to work with them for the lager good. The interesting part, according to him, is that “neither are the aggregators making money. But because of the billions in funding they have received, they have the bandwidth to ride this wave”.

Even more interesting is that Zomato decided to “sit this one out”, as did Swiggy and Uber-Eats with different connotations of the same statement, when I posed them the question — “is the commission charged by you fair to restaurants?”. Given the logistical magnitude of their operations and a bit of growing angst amongst the food and beverage community they rely on, one does hope they are not sitting on a time-bomb. A few restaurateurs spoke of how they are pressured, at times, to buy banners promoting their restaurants on the apps, failing which their restaurants fall down to the bottom of the list. What is also surprising, they tell me, is that for a business that runs on delivery, there are times when the aggregators run fall short of delivery boys and put certain restaurants in certain areas of cities ‘offline’, without the informing them! “Don’t quote us on it, though” they requested, “Don’t want any bad blood”. Ha!

But then, if economic viability is not guaranteed, then why would Andrea Aftab Pauro choose to put his labour of love — ‘Andrea’s Eatery’, on Zomato? Having run ‘Baci’, a much needed bar and Italian dining space in the rather quaint Sunder Nagar market in Delhi in the non-food delivery app days (and where I had a ‘fun’ arm-wrestling bout with Salman Khan over a decade back when he walked in at 3am), along with the multiple venue Amici Cafe, Pauro is much loved amongst his rather large family and global friend circle for the dishes and ambience he and his team have been consistently putting out. His patrons have only grown over the years and his kitchen has even travelled to food and music festivals. Why bite the bullet then? “It is added revenue,” he surprises me, but explains, “For us delivery is an add-on. My main investment is in my staff, the rentals, quality ingredients. By having an aggregator take care of delivery for a per-order commission of the sales, saves me from having to invest in my own infrast
ructure for it. So whatever we make from it, even after paying the commission is extra. Yes, providing a nice dining experience is what we thrive on, but people in the cities are getting worn out and tired on working days and if the taste they rely on us for can reach them at home, it is a good thing.” His general manager adds, “With limited seating area at the venue, it is not possible to serve more than a certain number of people at a time. Through delivery we can reach many more and possibly new customers as well.” He echoes the reason for many such decisions taken by established restaurateurs across the country.

However, close to Miramar beach in Goa, Amey Naik has said no to delivery aggregators offers. For thirteen years his establishment ‘Peep Kitchen’ has built a loyal clientele that has been visiting it for its Hindu Goan cuisine that “includes chicken and fish but no beef and pork”. His choice to invest in his own delivery system is to keep alive the extremely personal connect where “people call and want to place their order only with that one particular staff member who they connect with”, something he feels that “will get lost in the mechanical way in which these apps and their delivery teams operate”. I get the impression he is apprehensive of the fact that a fresh catch of Fish Recheado would be in the same league as a smart-phone charger, for the ‘mechanical’ delivery army.

Online food delivery is here to stay and grow. With it come problems that need solutions. But the funny thing about taste is that it travels. No matter how fast the delivery speed, it is eventually the good or bad taste the consumer is left with that decides the next order. The age old ‘word-of-mouth’ service is the backbone of this industry and one that both aggregators and restaurants find common ground in wanting the bake their brownies in. Could Amey specifying the less widely known ‘Hindu’ Goan cuisine, be bait to come and take a peep into his kitchen? Being Goa, I would surely not trade the palm tree breeze for the ‘order-in’ option.