India   All India  14 Aug 2019  Focus on growth process that is most inclusive
India, All India

Focus on growth process that is most inclusive

GDP simply totals up everything made within an economy in a year, from widgets to whizzy financial products, at their market value. 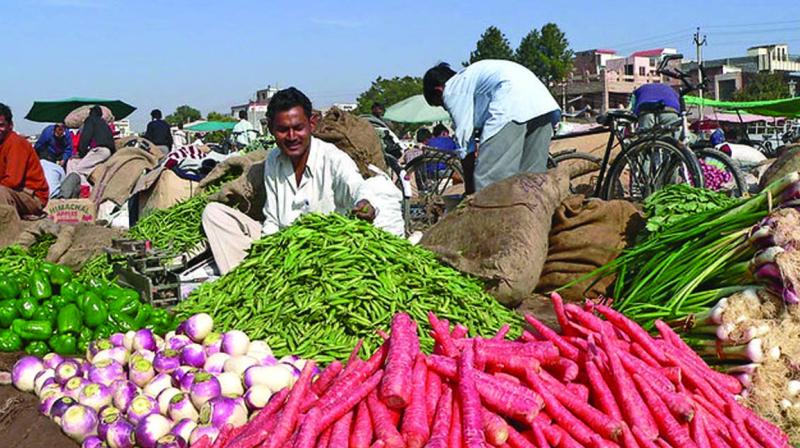 A rapid GDP growth which involves faster growth in agriculture, and especially in rain-fed areas where most of the poor live, will be much more inclusive than one driven entirely by mining for exports.

The pursuit of growth over social justice, which has been the defining credo of classical economists, has brought prosperity to most developing societies. But it has also created huge inequalities. The argument that economic growth is the road to social justice has been relentlessly advocated for a long time, with several wrong consequents for poor societies.

The question that has for long engaged development economists and proponents of social justice is: does accelerated growth translate into inclusive growth? Amartya Sen believes that to think in terms of only income rather than achievements of particular living conditions, like health and well-being, is to miss something critical. Despite considerable economic growth and increasing self-confidence as a major global player, modern India is a disaster zone in which millions of lives are wrecked by hunger and by pitiable investment in health and education services, he argues.

The dichotomy between the economic might of India vis-avis the reality of our crumbling development sectors leading to India being ranked amongst the lowest in the Human Development Index is a pointer to what is wrong with our development paradigm. What are the ends of development ~ growth in GDP, or enhancement of people’s capabilities and widening of their choices and freedom?

For all pervasive prosperity, we need a tide that can lift all the boats. For too long we have been over-obsessed with two concepts ~ top-down bureaucracy and trickle-down economics. We have believed that aggressive growth can generate wealth at the top, and this will trickle down to the deeper ranks where most of the poor live. But this has not helped put them on the track out of poverty. Many are arguing that we need to find a new measure to assess the health of our economies and ~ more importantly ~ the people living in them.

GDP simply totals up everything made within an economy in a year, from widgets to whizzy financial products, at their market value. Dubbed as one of the greatest inventions of the 20th century, GDP has long been a closely watched metric for politicians, administrators, policy doctors and journalists alike. But it is no longer lionized and our love affair with GDP may be coming to an end because, as economic historian Adam Tooze calls, it is “a narrow and somewhat arbitrary slice of reality.”

Joseph E. Stiglitz, a Nobel laureate in economics himself argues: “GDP is not a good measure of well-being. What we measure affects what we do, and if we measure the wrong thing, we will do the wrong thing. If we focus only on material well-being ~ on, say, the production of goods, rather than on health, education, and the environment ~ we become distorted in the same way that these measures are distorted; we become more materialistic.”

Since GDP is a gross value, the implications of the negative facotrs which erode the actual value, doesn’t get netted, and hence there is a distortion. However, since the depreciation of capital assets is not counted it doesn’t represent the correct value. Forinstance, if a wetland is drained to make way for a shopping mall, the construction of the latter contributes to GDP, but the destruction of the former goes unrecorded. If the social worth of the mall were less than the social value of the wetland, the economy would have become poorer (wealth would have declined). Consequently, this depreciation across the social value across the present and future generations would decline, but GDP would signal otherwise.

An increasing GDP is often seen as a measure of welfare and economic success. However, it fails to account for the multi-dimensional nature of development or the inherent short-comings of capitalism, which tends to concentrate income and, thus, power. GDP is not, on its own, an adequate gauge of a country’s development. Development is a multi-dimensional concept, which includes not only an economic dimension, but also involves social, environmental, and emotional dimensions.

One section embodied the values and principles of the older nonprofits including social movements, mass organisations and community-based groups. The other section was located in the market and technology spaces and got rapidly populated by new-age nonprofits, social enterprises and online collectives. There is a fundamental contradiction between them

The old non-profits’ worldview is premised on integrated social sciences and systemic approach, in which the complexity, interdependence and interrelatedness of diverse factors at work need to be understood and addressed. In the approach of the new-age nonprofits, by contrast, the emphasis is on finding technology base managerial solutions for these issues. One is empathetic and human-driven; the
other is purely rational and techno-centric.

One of the dangers of excessive focus on GDP growth   is manifested in the tunnel vision it has created a perception lens: issues affecting the poor and the marginalized have been sidelined and their status quo continues to persist. The rich continue to accumulate wealth, both by legitimate and illegitimate means. The result is a no-brainer: a greater inequality. GDP growth does not take into account a number of important things such as equity in distribution of wealth or quality of life and wellbeing. GDP growth also does not consider the extent of institutional corruption which is one of the biggest obstacles in achieving equitable, quality growth and distributive justice. A major example is the miserable state of the banking sector which is plagued with a gigantic size of nonperforming loans and where defaulters are enjoying near-impunity.

There are several social economists who believe that inclusive growth has to be grounded in inclusive governance. In the absence of inclusive governance, the people at the grassroots, that is, the intended beneficiaries of social programmes are left desperately dependent on a bureaucratic delivery mechanism over which they have no effective control

This emphasis on inclusive growth should not imply that we should not pursue growth as a key deriver of financial progress or that inclusive growth is an oxymoron. Both theoretically and empirically, growth and changes in the income distribution should go hand in hand in order to achieve inclusive growth. But this positive relationship should mean neither that an increase in income inequality is inevitable nor it is desirable. Growth is actually the size of the pie increasing. In principle, a bigger pie makes it feasible to give everyone a piece of it, and if it is growing the size of the pie should increase, not necessarily in the same proportion. This is the essence of the so-called Pareto criterion invoked by economists. But markets do not guarantee that all the slices of the pie will increase –they can also get smaller. It is here that policy planner will have to work out a prier balance so that both growth and equity get a leg –up. This tide should lift both the boats.

The journey should move one step along the road at a time. What prevents change is the three ‘I’s ~ Ignorance, Ideology and Inertia. Our focus should not be just on GDP itself, but on achieving a growth process that is as inclusive as possible. Amartya Sen has consistently struck with his stand that “growth rate is a very daft ~ and a deeply alienated way of judging economic progress”.

This should be the true metric of both inclusive and sustainable development. For example, rapid growth which involves faster growth in agriculture, and especially in rain-fed areas where most of the poor live, will be much more inclusive than a GDP growth that is driven entirely by mining or extraction of minerals for exports. Development economists Esther Duflo and Abhijit Banerjee consider development as an “accumulation of small steps, each well thought out, carefully tested and judiciously implemented”. Sen and Jean Dreze warned as early as 1995 that reforms that boost growth, though important, were not enough to improve the living conditions of the poorest, let alone dismantle caste and gender hierarchies and generate employment.”

“They have to be supplemented by a radical shift in public policy in education and health,” they wrote.