Lok Sabha Speaker from 2004 to 2009, Chatterjee represented the CPI(M) 10 times in Parliament. 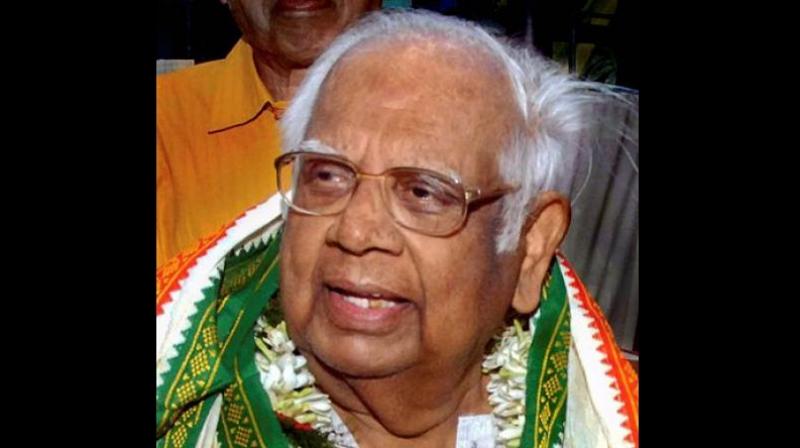 Kolkata: Veteran parliamentarian and former Lok Sabha Speaker Somnath Chatterjee passed away at the age of 89 on Monday morning after prolonged illness. He is survived by his wife Renu Chatterjee and two daughters and a son. But controversy did not leave him even in death.

Waking up to the Marxist maverick’s demise, the CPI(M), which had expelled him in July 2008 for refusing to vote against the government in the no-confidence motion in Parliament during the UPA-I rule and not quitting the Speaker’s post despite a party directive, wanted to drape the body in the party flag in his last journey as a mark of tribute. But his family rejected it, leaving the CPI(M) red-faced.

After his demise around 8 am at a hospital in Kolkata, Chatterjee’s body was also not taken to the state party headquarters at Alimuddin Street. Left Front chairman Biman Bose went to pay his tribute to the leader who had served the party for 40 years but faced the ire of Chatterjee’s family.

Chatterjee’s daughter Anushila Basu said, “My father was in pain since his expulsion. Sitting in the ante-chamber he was in tears after it was announced. Many gave him offers. But he told them: No.”

She added, “My father might have been expelled from the party but he was not at a distance from it mentally.” Mourning Chatterjee’s death Prime Minister Narendra Modi said on Twitter, “Former MP and Speaker Shri Somnath Chatterjee was a stalwart of Indian politics. He made our Parliamentary democracy richer and was a strong voice for the well-being of the poor and vulnerable…”

Lok Sabha Speaker from 2004 to 2009, Chatterjee represented the CPI(M) 10 times in Parliament. He lost only one election in his lifetime — to Mamata Banerjee from the Jadavpur constituency in 1984.

Admitted at Belle Vue Clinic since August 7 for the treatment of his kidney related ailments, Chatterjee had been put on ventilator on Sunday after he suffered a cardiac arrest. He had celebrated his 89th birthday on July 29.

West Bengal chief minister Mamata Banerjee rushed to hospital after his death and chalked out plans for his final journey. “We are pained by his sudden demise,” said, Ms Banerjee.

From the hospital, Chatterjee’s body was taken in a cortege to the Calcutta high court, where he once practised as a lawyer, and then to the legislative Assembly where ministers and MLAs parties paid their last tribute. A gun salute was also given by Kolkata Police.

Later, the body was taken to his residence at Raja Basanta Roy Road in south Kolkata where his family members paid him their last respect. In the evening, the body, which was pledged, was donated to SSKM Hospital fulfilling his wish. Ironically, it was the World Organ Donation Day.

In his condolence message, President Ram Nath Kovind said Chatterjee’s demise is a   “loss for public life in Bengal and India”.

Congress president Rahul Gandhi said, “He was an institution. Greatly respected and admired by all parliamentarians, across party lines.”