India   All India  14 Aug 2017  Research centre for child diseases to be set up, says JP Nadda
India, All India

Research centre for child diseases to be set up, says JP Nadda

The announcement comes in the backdrop of the deaths of at least 30 children in 48 hours in a government hospital here. 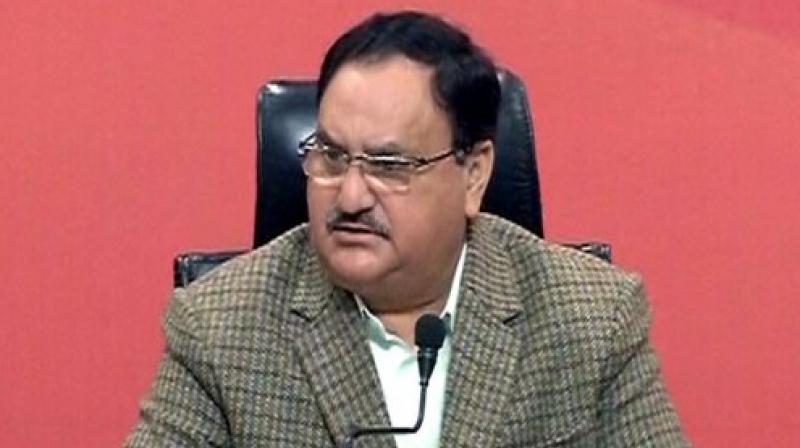 Gorakhpur: The Union government has approved the setting up of a regional medical centre at a cost of Rs 85 crore in Gorakhpur for in-depth research into children’s diseases, Union health minister J.P. Nadda said on Sunday.

The announcement comes in the backdrop of the deaths of at least 30 children in 48 hours in a government hospital here.

Mr Nadda, who was addressing a press conference along with Uttar Pradesh chief minister Yogi Adityanath, said that before coming to Gorakhpur he had given his nod to the proposal for a regional medical research centre.

During the last parliamentary session, I had assured Adityanathji that a full-fledged institute will soon be set up, he said.

“Before coming here, I have approved the establishment of a regional medical research centre in Gorakhpur, at a cost of `85 crore. This institute will conduct research into the infections of children and their possible reasons,” Mr Nadda said.

Earlier at the conference, Mr Adityanath made a made a strong pitch for establishing a full-fledged virus research centre in Gorakhpur.

Mr Nadda said that Mr Adityanath used to raise the issue of Japanese Encephalitis during every session of Parliament.

This was the first time that the issue was not raised as Mr Adityanath was not there, the Union minister said.

He added that Prime Minister Narendra Modi had expressed concern over the deaths, and was constantly monitoring the situation.

“The Government of India is extending all possible support to the state government. The Centre has taken initiatives for UP as well as for Gorakhpur, whether it is the establishment of an AIIMS or an ICMR centre,” he said.