President Ram Nath Kovind on Monday addressed the nation on the eve of 71st Independence Day. 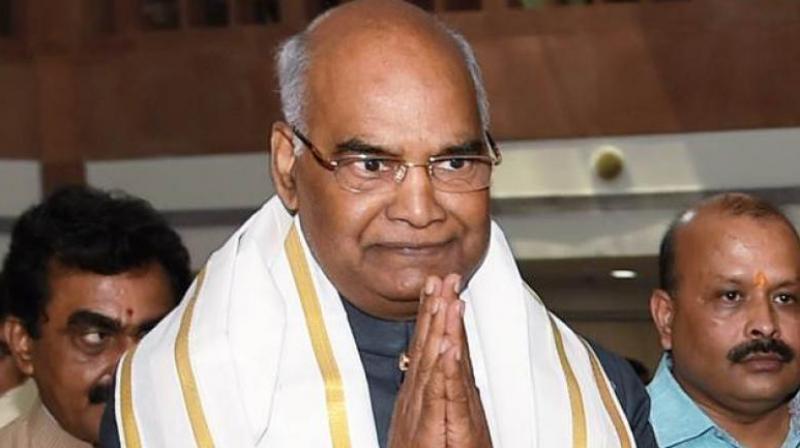 For our independence, we owe so much to the countless freedom fighters who made great sacrifices to bring us here, President said. (Photo: PTI/File)

New Delhi: In his maiden address to the nation, President Ram Nath Kovind on Monday, while congratulating the nation on the eve of its 71st Independence Day, urged the people to pledge to achieve important goals to make a 'New India'.

"It is our national pledge to achieve important goals to make a 'New India'. There is no place for poverty in 'New India'," President Kovind said.

Praising the freedom fighters of India, President Kovind said the nation is indebted to those who laid down their lives for achieving this independence.

"It is time that we must take inspiration from those who gave their lives for the nation and move forward," he said.

He further added that demonetisation has boosted our efforts to build an honest society. “We must sustain this spirit and this momentum,” Kovind said.

He even lauded the Centre's Swachch Bharat campaign and said that it is not just the Government's duty to keep the nation clean but every citizen should strive to make India clean and pollution free.

"Government can make, implement & strengthen laws but it is everyone's duty to abide by them," he said.

Indian would be celebrating its 71st Independence Day on Tuesday.

Prime Minister Narendra Modi will hoist the Tricolour from the ramparts of the Red Fort on Tuesday.